Career. Love. Family. You play the cards life deals you. Casino owner Charley Kyng has taken plenty of risks through the decades, known plenty of wins and losses. But now the stakes are suddenly raised. 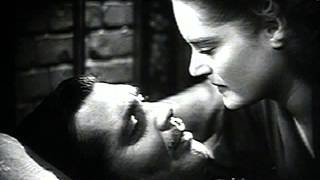 Any Number Can Play - Trailer

Career. Love. Family. You play the cards life deals you. Casino owner Charley Kyng has taken plenty of risks through the decades, known plenty of wins and losses. But now the stakes are suddenly raised. Hollywood's legendary King, Clark Gable, portrays Kyng, faced at once with failing health, crooks seeking a big score from his posh establishment and the homelife pressures of a devoted wife (Alexis Smith) and son (Darryl Hickman) who want him to leave the gaming biz.

No one plays the cad with a heart better than Clark Gable, and ANY NUMBER CAN PLAY proves this yet again. Gable is Charley Enley Kyng in this one, head honcho at a casino that he actually tries to run honestly. For the life of him, Kyng can't figure why his estranged wife, Lon (Alexis Smith), and son despise his profession of choice. But when Kyng bails his son out of prison, Lon takes the boy to see his pop's club. In the course of the evening, the heroic Kyng disarms dangerous mobsters and bets his entire fortune against a single roll of the dice. Both wife and son recognize Kyng's manly courage, giving Kyng an opening to win back his family if he plays his cards just right. The film's quick pace, Gable's performance, and Mervyn LeRoy's deft handling of the supporting characters make for a fine piece of entertainment.

Clark Gable's an ailing casino owner who is used to 20-hour days and high-stakes games. But this time the jackpot is his life, and if he doesn't slow down, his enemies will deal him out--or do him in.

Rivalry | Family Interaction | Theatrical Release
This product is made-on-demand by the manufacturer using DVD-R recordable media. Almost all DVD players can play DVD-Rs (except for some older models made before 2000) - please consult your owner's manual for formats compatible with your player. These DVD-Rs may not play on all computers or DVD player/recorders. To address this, the manufacturer recommends viewing this product on a DVD player that does not have recording capability.