Power Up
by AC/DC

Rolling Stone: "[An] album of eardrum-shredding guitar terror and odes to raising hell. It's their best record since 1990's THE RAZOR'S EDGE." 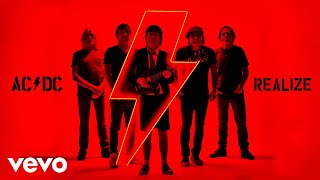 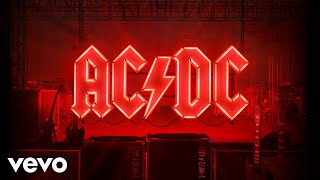 Rolling Stone
"[An] album of eardrum-shredding guitar terror and odes to raising hell. It's their best record since 1990's THE RAZOR'S EDGE."
NME (Magazine)
4 stars out of 5 -- "[T]his 17th offering from the Australian legends sees them delivering a love letter to heavy rock at a time when, they reckon its unbridled power has arguably never been more in demand..."
Clash (Magazine) - "POWER UP is the band's first album since the guitarist's passing in 2017, but it uses some ideas Malcolm left behind, and feels very much in the spirit of his seismic work."

Personnel: Brian Johnson (vocals); Angus Young (guitar); Cliff Williams (bass guitar); Phil Rudd (drums).
Audio Mixers: Mike Fraser; Brendan O'Brien .
Recording information: The Warehouse Studio, Vancouver B.C, Canada.
AC/DC, for most intents and purposes, fell apart after the release of Rock or Bust in 2014, so it's a relief to hear Power Up and discover that AC/DC still sound like AC/DC: thick, powerhouse chords and rhythms battle and groove with Brian Johnson, who shrieks for pleasure, not attention. That sense of relief never dissipates as Power Up offers song after song that firmly hit their target, adding up to an album that delivers reliable thrills. Considering how AC/DC have rarely strayed from the blueprints they scribbled back in the days of Bon Scott, this may not seem to be a newsworthy event, but considering how the group got mired in a spell of bad fortune in the mid-2010s, this amounts to a minor miracle. On top of dealing with the absence of founding guitarist Malcolm Young -- he retired in 2014 after being diagnosed with dementia -- drummer Phil Rudd was entangled in a legal mess around the time Rock or Bust hit the stores, Johnson experienced a debilitating hearing loss that forced him to leave the album's supporting tour, and bassist Cliff Williams left the group once the shows wrapped up in 2016, leaving guitarist Angus Young the lone remaining member. Angus started sorting through the backlog of songs he'd started with his brother Malcolm in 2017, not long before his sibling succumbed to dementia. The rest of the band reconvened at Malcolm's funeral, igniting the spark that led to the reunion that resulted in Power Up. Backed by producer Brendan O'Brien, who has helmed every AC/DC album since Black Ice, Angus polished up 12 songs with the intent of paying tribute to Malcolm, turning this into a 21st century variation on Back in Black, the 1980 LP that saluted the late Bon Scott. Forty years separate the two records, so some of the details of Power Up are quite different from those on Back in Black -- the album isn't nearly as heavy as its predecessor; the sound is clean and punchy, and it lands its blows with precision -- but the thrill of the band discovering they can still continue in the face of such a loss is palpable, even invigorating. Part of the reason Power Up is so successful is that AC/DC don't attempt a single new trick, relying on their formula so closely that they even find room for a dirty joke on "Money Shot." Good times have always been a crucial part of the band, but there's a depth of feeling to the levity on Power Up, as if the band decided that the best way to pay respect to what they've lost is by focusing on what they still have. They don't dwell upon the past, they barrel forward with a set of turbocharged blues and high-octane rock that doesn't merely sound good, it feels nourishing. ~ Stephen Thomas Erlewine