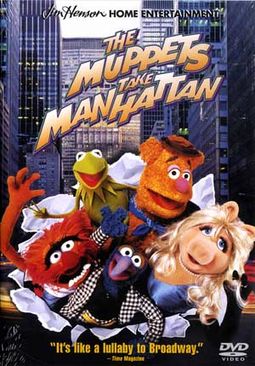 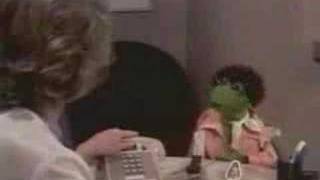 "Out on our own, alone' Without each other even'"
- Fozzie

When the Muppets come to Broadway to find a producer for their musical, disappointment is the only result. Discouraged, the gang leaves New York and goes its separate ways while Kermit, his dream still alive, continues the search for a producer. With the help of a pack of rats who cook at a diner, Kermit signs up an enthusiastic producer and calls his friends back to New York. But when Kermit disappears before the musical opens, the rest of the Muppets must decide whether the show must go on.

Songs about working for one's dreams and the importance of friendship send upbeat messages to kids while parents will appreciate the good-humored jabs at the showbiz industry and the cameo appearances by Liza Minnelli, Joan Rivers, and Ed Koch, among many others.

Fresh out of college and with songs in their hearts, Kermit and his Muppet friends head for Broadway to find a producer for their musical, MANHATTAN MELODIES. So poor that they live in storage lockers in the bus station, the Muppets have door after door slammed in their fuzzy faces until the gang decides to split up, leaving Kermit to pound the pavement. With the help of a friendly diner owner and his rat staff, Kermit's luck finally turns as he lines up a producer. But when his friends joyfully return to town to start rehearsals, Kermit is nowhere to be found. Academy Award Nominations: Best Original Song Score.

The Muppet Movie
$10
Add to Cart