2-disc extended cut includes 15 minutes added back into the film! 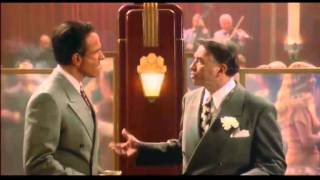 Warren Beatty and Annette Bening star in the incredible true story of Benjamin Bugsy Siegel, the playboy gangster who betrayed the Mob for love. A cold-blooded killer who dreamed of Hollywood stardom, a crazed patriot who plotted against Mussolini, and the brilliant visionary who carved Las Vegas out of the dry Nevada desert, Bugsy had it all. Until he fell for the one woman who wanted more. A critical masterpiece, BUGSY is a remarkable collaboration of Hollywood's best: director Barry Levinson, screenwriter James Toback, and an all-star supporting cast that includes Harvey Keitel, Oscar-winner Ben Kingsley (Best Actor, Gandhi,1982), Joe Mantegna, and Elliott Gould. But at the center of itall is the white-hot romance between Bugsy and the insatiable starlet, Virginia Hill.