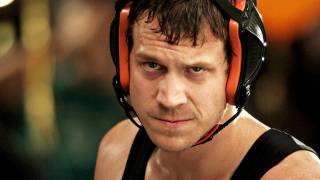 A young man struggles to overcome a physical handicap in this drama based on a true story. Matt Hamill (Theodore Conley) was born to a single mother (Susan Gibney), who was told her young son was bright, talented, and entirely deaf. Without a father to rely on, young Matt turns to his grandfather Stanley (Raymond J. Barry) as his male role model; Stanley encourages the boy not to allow his deafness to hold him back, and urges him to take up wrestling. Matt shows tremendous promise as a wrestler, but while the sport helps him build confidence and muscle, he isn't sure how to deal with others, particularly girls. After graduating from high school, Matt (now played by Russell Harvard) attends Purdue on a wrestling scholarship, but he's forced to leave school due to poor grades. However, he has an opportunity to redeem himself when his wrestling skills earn him an invite to the Rochester Institute of Technology, a school with a special program for deaf and hard-of-hearing students. For the first time, Matt has peers who are also deaf, and he befriends his roommate Jay (Michael Anthony Spady) and falls for pretty coed Kristi (Shoshannah Stern). But it's a challenge for the lifelong loner to open up to other people and admit his weaknesses, and he also has to learn a new way of communicating by using American Sign Language after spending his life as a lip-reader. THE HAMMER (aka HAMILL) was based on the life of Matt Hamill, a three-time NCAA wrestling champion who has gone on to become a successful mixed-martial-arts competitor. Due to its subject matter and large hearing-impaired audience, the film was exhibited as Open Caption (with onscreen readable text) in theaters.

25%off
Stellar Quasar and the Scrolls of Dadelia TOP 25 Bestselling DVD
$5.95 on Sale
Add to Cart