Get Backers, Volume 6: Back in Business 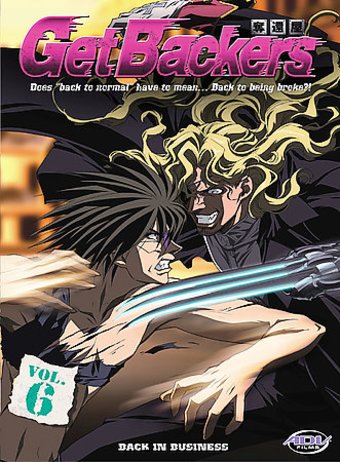 Based on a popular manga and animated by the respected Studio Deen (KING OF BANDIT JING, COWBOY BEBOP), this well-pedigreed anime series follows the crime-solving adventures of two superpowered "Get Backers" who track down victims' belongings after burglaries. Fueled by equal parts action, comedy, and mystery, the series thrives on the contrasting dynamic between its dual protagonists: the blonde and optimistic Ginji, who can generate electricity with his body; and the brooding brunette Ban, who possesses a powerful hand grip and can hypnotize people with his eyes. Playing out like a reversed LUPIN THE 3RD, GETBACKERS continues with this sixth volume of episodes.