Currently Out of Stock: We'll get more as soon as possible
Notify Me When Available
Add to Wishlist
Format:  DVD
sku:  MIHM 13961D
Our customers love us! 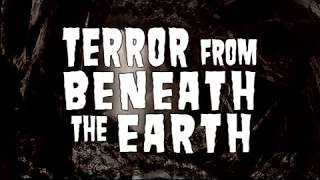 ATTACK OF THE MOON ZOMBIES (2011): Twenty years have passed since Dr. Vincent Edwards (once again played by the ever-talented Mike Cook) took on a certain radiation-mutated bat creature and he is ready to retire. While training his replacement on the Jackson Lunar Base, the two stumble upon a seemingly impossible discovery: alien plant life on the surface of the moon! Unfortunately, exposure to the spores of this otherworldly flora cause instant death. Too bad those killed by them don't stay dead and instead, want nothing more than to replicate!

TERROR FROM BENEATH THE EARTH (2009): After years of underground atomic testing, one of the animals living within the Wisawa caves (a system that stretches from Phantom Lake to the Deadlands) has undergone a radical and unimaginably horrible transformation! While exploring the caves, Dr. Vincent Edwards (Mike Cook) and colleague Rosemary Bennett (Stephanie Mihm) stumble across evidence in the disappearance of local children. After reporting the find to the local sheriff, Dr. Edwards and Rosemary are tapped to lead a rescue attempt. Along with the sheriff and small-town farmer Stan Johnson (the children's father), the rescue party quickly comes to the realization that if the caves don't get them, whatever unseen terror lurking in the shadows just might!