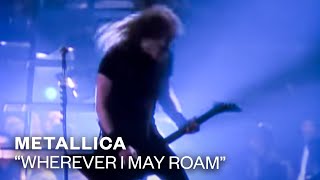 Metallica - Wherever I May Roam (Video) (Music Video) 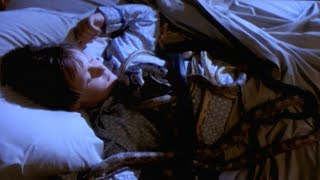 Rolling Stone - 5/13/99, p.50
Included in Rolling Stone's "Essential Recordings of the 90's."
Rolling Stone - 9/5/91
4 Stars - Excellent - "...Several songs...seem destined to become hard-rock classics....[They] effectively bridg[e] the gap between commercial metal and the much harder thrash of Slayer, Anthrax and Megadeth..."
Spin - 9/99, p.146
Ranked #52 in Spin Magazine's "90 Greatest Albums of the '90s."
Spin - 9/91
Highly Recommended - "...A burnished black gem..."
Spin - p.89
"This record's diamond-tipped tuneage stripped the band's melancholy guitar excess down to melodic, radio-ready bullets and ballads."
Entertainment Weekly - 8/16/91
"...Rock's preeminent speed-metal cyclone...Metallica may have invented a new genre: progressive thrash..." - Rating: B+
Q - 8/00, p.127
Included in Q's "Best Metal Albums Of All Time" - "...Transformed them from cult metal heroes into global superstars....bringing a little refinement to their undoubted power..."
Melody Maker - 12/91
Ranked #16 in Melody Maker's list of the top 30 albums of 1991 - "...In a committed move away from their thrash roots, METALLICA was slower, less complicated, and probably twice as heavy as anything they'd done before..."
Kerrang (Magazine) - p.55
"[The album] that propelled them out of the metal ghetto to true mainstream global rock superstardom."

Metallica: James Hetfield (vocals, guitar); Kirk Hammett (guitar); Jason Newstead (bass); Lars Ulrich (drums).
Recorded at One On One Recording, Los Angeles, California between October 1990 and June 1991.
Personnel: James Hetfield (vocals, guitar); Kirk Hammett (guitar); Lars Ulrich (drums).
Arranger: Michael Kamen.
When a genre-defining group like Metallica, whose past albums have rocked the charts with virtually no airplay, enlists the aid of a hit-making producer like Bob Rock, the result is bound to be monumental. METALLICA, their sixth studio release, surpasses all expectations.
METALLICA is an extremely heavy album. It carries a presence, a huge, live sound different from that heard on their previous recordings. What once could not be tamed has been refined, resulting in a fuller, more powerful guitar sound in an already guitar-intensive band. They have evolved from the messy, unabashed thrashers of their youth into a more confident, poised and angry bunch, not only retaining their fire but stoking it into a chunky, tight-fisted maelstrom of scowling energy.
Serious riffs provide punch and punctuation for James Hetfield's gruff vocals which rage against society and religion, and revel in suspicion and sarcasm. METALLICA is full of songs just as potent as the hugely popular "Enter Sandman," yet is not as complicated as their recent albums have seemed. "Sad But True," which is just as low down and dirty as anything labeled "grunge," exemplifies the poise of the metal band that can foresee the punchlines to their riffs and has the patience to wait for them.

Metallica
And Justice For All (Deluxe)
$332
Add to Cart