The Romance of Rosy Ridge

When an ex-soldier comes to the troubled town wearing military britches so faded no one can tell the original color, he gets the locals all riled up -- especially when he courts the daughter of an ex-Johnny Reb who reckons he may be a damned Yankee! 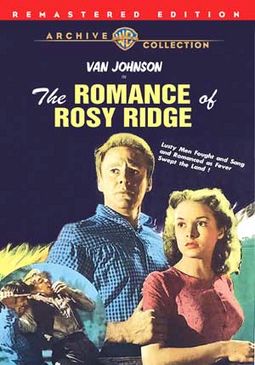 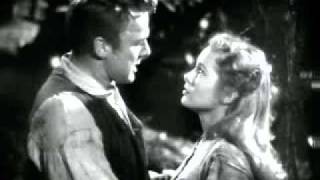 The Romance of Rosy Ridge Trailer (1947)

Vacationing at a ski resort, retired screen diva Norma Shearer noticed a picture of pretty Jeanette Morrison. In no time Jeanette had a screen test, a new name -- Janet Leigh -- and the lead opposite heartthrob Van Johnson in The Romance of Rosy Ridge. Coltish, wide-eyed and talented, Leigh was the ideal choice to play a coltish, wide-eyed beauty in this poignant love story set in the post-Civil War Ozarks, where folks are still divided blue versus gray. When an ex-soldier (Johnson) comes to the troubled town wearing military britches so faded no one can tell the original color, he gets the locals all riled up -- especially when he courts the daughter (Leigh) of an ex-Johnny Reb (Thomas Mitchell) who reckons the newcomer may be a damned Yankee!

Janet Leigh made an impressive film-debut in MGM's THE ROMANCE OF ROSY RIDGE. Though the title suggests a lighthearted musical, the film is actually a fairly sober adaptation (with slight comic undertones) of a novel by Mackinlay Kantor. In the days following the Civil War, a Missouri farming community lives in a state of constant tension due to conflicting pro-North and pro-South sentiments. Into this situation ambles ex-Union soldier Henry Carson (Van Johnson), who briefly camps out at the farm of unforgiving Confederate sympathizer Gill MacBean (Thomas Mitchell). Suspecting that Carson is up to no good, MacBean is sure of it when the handsome stranger begins courting MacBean's daughter Lissy Anne (Leigh). Things come to a head dramatically when the heretofore easygoing Carson comes face to face with a band of hooded, night-riding barn burners who've been fomenting discord among the farmers.

Civil War | Romance | Romances | Love | Battles
This product is made-on-demand by the manufacturer using DVD-R recordable media. Almost all DVD players can play DVD-Rs (except for some older models made before 2000) - please consult your owner's manual for formats compatible with your player. These DVD-Rs may not play on all computers or DVD player/recorders. To address this, the manufacturer recommends viewing this product on a DVD player that does not have recording capability.

So Proudly We Hail
$13 Super Savings
Add to Cart

Customer Rating:
Based on 675 ratings.


A wonderful family film. My favorite Civil War movie and one of my favorite romantic films. It is not a romantic comedy (as labeled on some sites) but a thought-provoking look at the nature of human decency, moral courage, and the foundations of human affection.

Finally, this movie is available on DVD! As a reminder of where we've been (as a nation) and where we're going, the film will be shown each year in the film and politics course I teach at a public university.

Post Script: "Romance" was Janet Leigh's first Hollywood movie. Later, she wrote that while the movie was being filmed, there was a magical feeling in the air. Viewers will have no trouble seeing why!