The Woman on the Beach

Peggy feels trapped to her husband Tod, a famed painter whose career and eyesight she destroyed during a violent quarrel. A war-traumatized sailor who wants Peggy for himself is convinced Tod feigns blindness to control her. 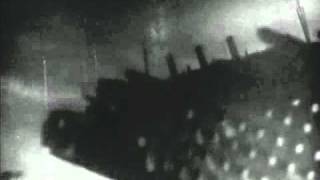 Peggy (Joan Bennett) feels trapped, lacking the will to break free of her husband Tod (Charles Bickford), a famed painter whose career and eyesight she destroyed during a violent quarrel. A war-traumatized sailor (Robert Ryan), eager to claim Peggy for himself, is convinced Tod feigns blindness to control her. To prove it, he'll take Tod for a stroll along the seaside cliffs -- and watch as the artist nears the edge.

Filled with primal lust, bold imagery and murderous hearts, The Woman on the Beach, heavily recut by the studio prior to release, is Jean Renoir's (The Rules of the Game, The River) fever dream of a film noir.

A WWII Coast Guard veteran, Lt. Scott Burnett (Robert Ryan), is plagued by nightmares of his combat days. One day, he meets a woman, Peggy Butler (Joan Bennett), walking on a beach, picking up pieces of wood. Butler is married to a grumpy, blind painter, Ted Butler (Charles Bickford). Despite his affections for his fiancée Eve (Nan Leslie), whose father is a boat builder, Scott falls in love with Peggy and soon breaks off the engagement. Peggy reveals that she blinded her husband years earlier by throwing a glass at him during an ugly spat, ruining his career and her own ambitions to be an upper-class socialite. Scott fears that Ted is suspicious that he is having an affair with Peggy and becomes so paranoid that he begins to believe that Ted is faking his blindness -- and sets out to prove it. This was the fifth and final American film by the great French writer-director Jean Renoir.

Psychodrama | Love Triangle | Film Noir | Melodrama | Artists | Affairs | Love Triangles | Beaches | Directors | America
This product is made-on-demand by the manufacturer using DVD-R recordable media. Almost all DVD players can play DVD-Rs (except for some older models made before 2000) - please consult your owner's manual for formats compatible with your player. These DVD-Rs may not play on all computers or DVD player/recorders. To address this, the manufacturer recommends viewing this product on a DVD player that does not have recording capability.