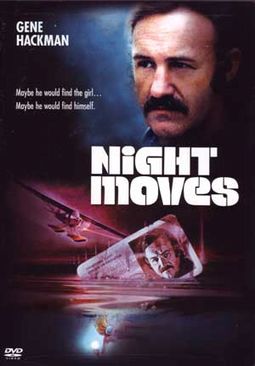 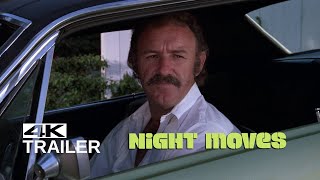 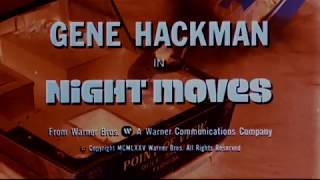 Gene Hackman is perfect as Harry Moseby, a second-rate gumshoe working on low-end cases while trying to straighten out his own muddled life. When he is contacted by a mother looking for her young movie-actress daughter, Harry supposes it is just another dull case. He finds the girl and brings her home with little trouble. But soon Harry learns of the girl's death shortly after her return. He discovers the death of one of her boyfriends as well and, connecting the two "accidents," tries to unravel an ever-growing mystery. NIGHT MOVES is a film-noir-style detective story that is moody, gritty, and unpredictable to the very end.

An LA detective leaves his marital woes behind to pursue a missing person case the Florida Keys and reopens an old murder investigation.

Done in the classic film-noir style of 1940s crime dramas, NIGHT MOVES continues the tradition of hard-boiled detectives, twisting plots, and dark themes. Gene Hackman is Harry Moseby, a cut-rate private detective who just isn't very good at what he does. Most of his cases are routine and very dull. When a wealthy woman hires him to track down her missing daughter, Harry believes it to be just another missing-persons case. He locates the girl and brings her back home, despite the girl's protests. Days later she turns up dead and Harry suspects foul play. Soon Harry finds himself embroiled in a mystery that leads to smuggling rings, double-crosses, and seductions. The inexperienced gumshoe finds himself totally out of his league as he is caught in the middle of this dangerous web of lies and murder. Hackman is excellent as the somewhat soft-boiled detective who's job is making him increasingly paranoid. Melanie Griffith is also a standout in her movie debut as Delly, the promiscuous Lolita whom Harry is sent to find. Arthur Penn's direction is taut, evoking the atmosphere of classic noir thrillers such as THE MALTESE FALCON and DOUBLE INDEMNITY to great effect. With crime rings, murder, unexpected plot twists, an overall dark mood, and tawdry sex, NIGHT MOVES is a top-notch entry in the detective movie genre.