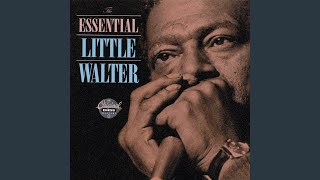 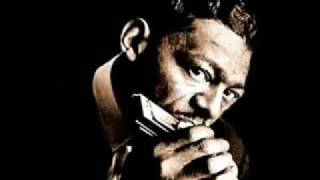 Little Walter -- aka Marion Walter Jacobs -- wasn't the first great harmonica player in the blues, but the instrument had a whole new force and personality after he was done with it. Little Walter was a technically gifted player with a dark, powerful sound, but he also approached the chromatic harmonica in a new way earlier players had not, and by using a microphone and amplifier to power his harp, he created sounds that were fierce, wild, and dramatic. Walter first rose to fame playing with Muddy Waters' band, but he also became a solo star, cutting his first hit on his own, "Juke," at the tail end of a Waters session in 1952, and becoming one of the few harp players to make it as a headliner. The Best of Little Walter features 12 songs from Walter's years with Chess Records, which remained his recording home from the release of "Juke" until his death in 1968. Selections include "Juke," "Blues with a Feeling," "Sad Hours," "My Babe," and more. ~ Mark Deming

New
Howlin' Wolf
Moanin' in the Moonlight
$17.70
Add to Cart

Sonny Boy Williamson
Down and Out Blues
$9.70 CD Sale
Add to Cart