…and the world is still indulging!

504K ratings
Out of Print: Future availability is unknown
Notify Me When Available
Add to Wishlist
Format:  DVD
sku:  327QJ
92% recommend us! 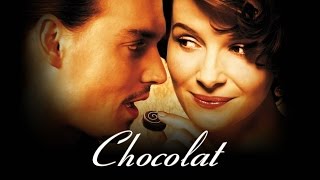 It is the late 1950s, but it might as well be the late 1850s in a small French town where everyone behaves as they should (supposedly), and attends church regularly. When a strong North wind blows through town, it brings the vivacious and mysterious Vianne (Juliette Binoche) and her young daughter Anouk (Victoire Thivisol). Vianne is soon the talk of the town: an unwed mother who declines to go to church and opens up a chocolate shop in the midst of Lent. Her good-natured, honorable personality and psychic ability (she can predict what kind of sweets best suit each person, and magically cures each of them of their particular maladies) make her as irresistible as her delectable treats. However, Vianne and her daughter are resented by the conservative mayor, the Comte de Reynaud (Alfred Molina), and by the pious Caroline (Carrie-Anne Moss), who has disowned her own spirited mother (Judi Dench, who plays Vianne's landlady), refusing the elderly woman access to her beloved grandson.This touching fairy tale, based on the novel by Joanne Harris, was filmed on location in rural France. An intelligent, exquisitely filmed fable that deals with the idea of 20th Century paganism rising up against a closed-minded church and a persevering aristocracy, CHOCOLAT is enjoyable, romantic, and entertaining, with affecting performances by both its stars and its supporting actors (Lena Olin and Johnny Depp.)

Sexual Chronicles of a French Family
$23.50
Add to Cart

Rachel Getting Married (DVD)
$4.89 on Sale
Add to Cart