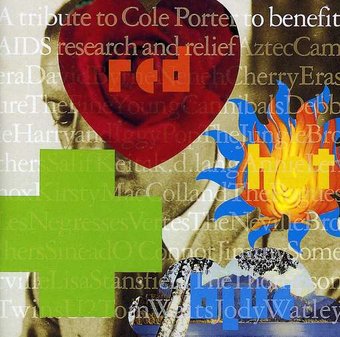 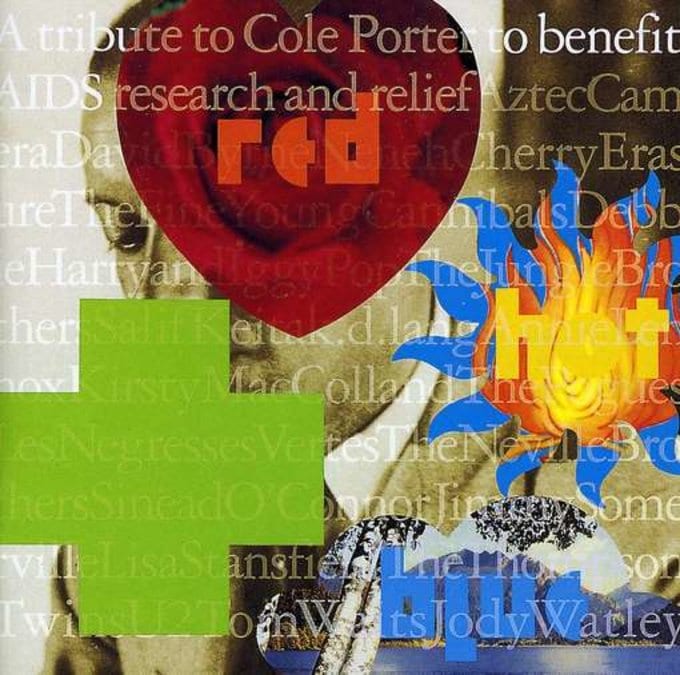 RED HOT + BLUE is a tribute to Cole Porter, featuring cover versions of Porter songs performed by contemporary artists. Proceeds from the album benefit AIDS research and relief.
Produced in 1990 to benefit AIDS research, RED HOT + BLUE features contemporary rock, pop, R&B, and electronica artists interpreting the songs of Cole Porter. A closeted homosexual whose lyrics are often provocative and thinly coded and whose tunes are infectious, melancholy, and joyful at once, Porter seems the perfect choice for this benefit album. Nearly every song here has lodged itself in the American songbook, but it is the breadth and variety in the interpretations that make RED HOT + BLUE such an interesting collection.
Neneh Cherry's loose, hip-hop-inflected take on "I've Got You Under My Skin" serves notice that this will not be your ordinary standards album, while U2's pulsing, slightly ominous version of "Night and Day" proves the true malleability of Porter's tunes. The Neville Brothers tropical-flavored "In the Still of the Night" is sheer bliss, as is K.D. Lang's stirring "So In Love." And while Sinead O'Connor plays it fairly straight with "You Do Something To Me," Tom Waits's "It's All Right With Me" and the Jungle Brothers "I Get a Kick Out of You" add variety and spice to the set, which--in addition to being for a good cause--is a thoroughly engaging listen.

Smile
A Light for Attracting Attention
$16.30
Add to Cart

The Flaming Lips
Onboard The International Space Station - Concert For Peace
$19.70
Add to Cart