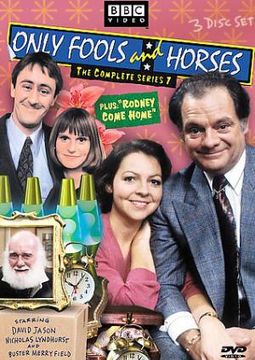 Voted the best British sitcom of all time in a 2004 audience poll, Only Fools and Horses entered its seventh and final regular season with Rodney's hasty retreat back to Nelson Mandela House, a move that conflicts with Del's plans to persuade Raquel to relocate to Chez Trotter. Even Uncle Albert takes his chance with romance, yet through it all Trotter's Independent Traders (TIT for short) remain active as ever in their hilarious pursuit of any scheme that might bring that elusive million to the brothers Trotter.