Mister Lobo time travels back to the Swinging Seventies to present the second in a series of bizarre ‘Star Wars' knock-offs from Italy. 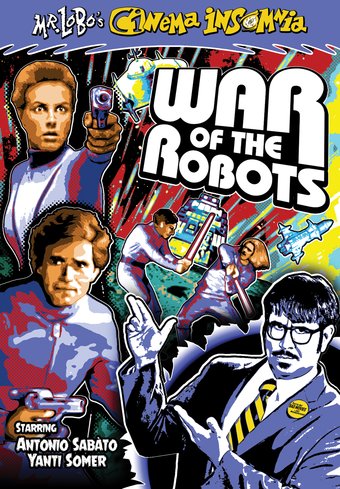 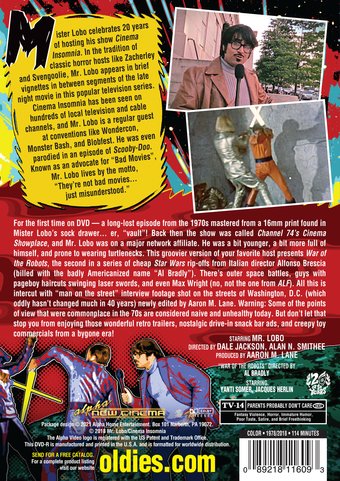 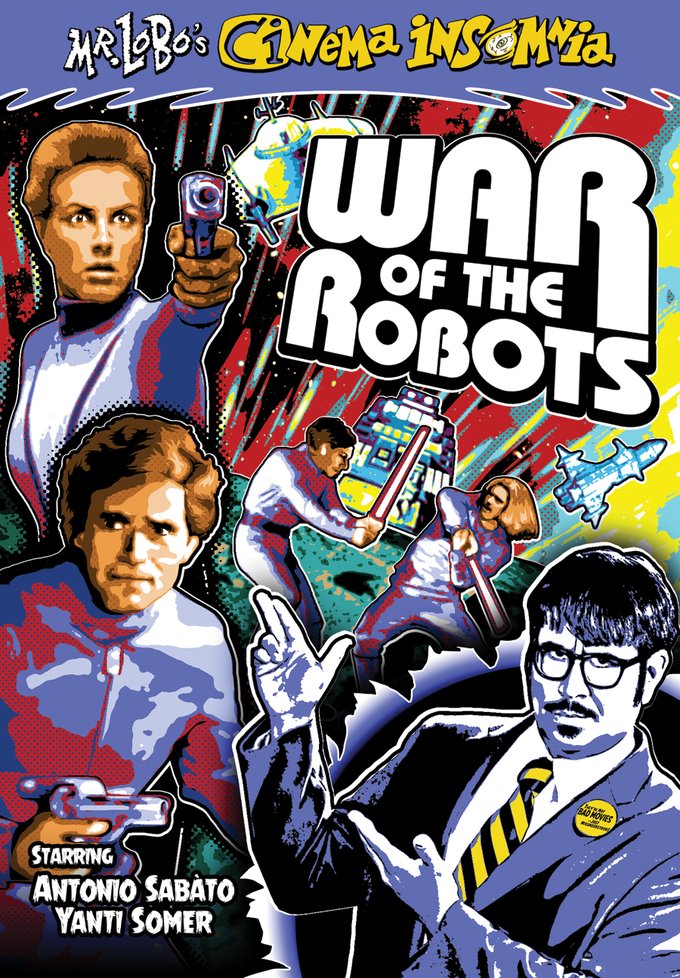 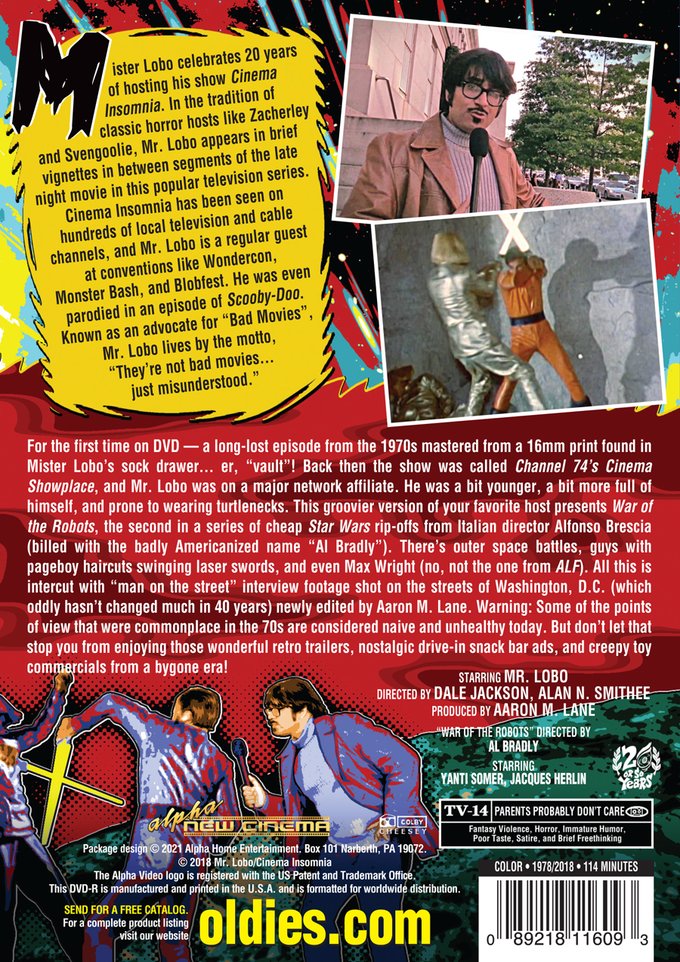 Mister Lobo celebrates 20 years of hosting his show Cinema Insomnia. In the tradition of classic horror hosts like Zacherley and Svengoolie, Mr. Lobo appears in brief vignettes in between segments of the late night movie in this popular television series. Cinema Insomnia has been seen on hundreds of local television and cable channels, and Mr. Lobo is a regular guest at conventions like Wondercon, Monster Bash, and Blobfest. He was even parodied in an episode of Scooby-Doo. Known as an advocate for "Bad Movies", Mr. Lobo lives by the motto, "They're not bad movies...just...misunderstood."

For the first time on DVD - a long-lost episode from the 1970s mastered from a 16mm print found in Mister Lobo's vault! Back then the show was called Channel 74's Cinema Showplace, and Mr. Lobo was on a major network affiliate. He was a bit younger, a bit more full of himself, and prone to wearing turtlenecks. This groovier version of your favorite host presents The War of the Robots, the second in a series of cheap Star Wars rip-offs from Italian director Alfonso Brescia (billed with the badly Americanized name "Al Bradly.") There's outer space battles, guys with pageboy haircuts swinging laser swords, and even Max Wright (no, not the one from ALF.) All this is intercut with "man on the street" interview footage shot on the streets of Washington, D.C. (which oddly hasn't changed much in 40 years) newly edited by Aaron M. Lane. Warning: Some of the points of view that were commonplace in the 70s are considered naive and unhealthy today. But don't let that stop you from enjoying those wonderful retro trailers, nostalgic drive-in snack bar ads, and creepy toy commercials from a bygone era!