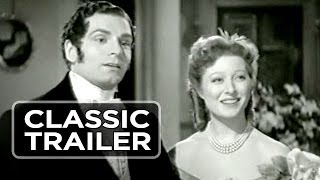 Pride and Prejudice
Like the arrows she launches at an archery target during an elegant lawn party, Elizabeth Bennet's wit is pointed and unerring. "If you want to be really refined, you have to be dead," she says, skewering the imperious airs of her hosts. Jane Austen's timeless 1813 novel of unlikely romance is richly adapted in this lavish Academy Award' winner.* Greer Garson portrays spirited Elizabeth, one of five Bennet sisters hoping for matrimony. Laurence Olivier plays Darcy, whose arrival at a nearby estate sets maiden hearts aflutter. But first impressions can mean so very much. Elizabeth and Darcy find reasons to view each other with disdain, setting in motion a velvet struggle of Pride and Prejudice, perception and reality, forgiveness and love. You'll be irresistibly caught up in it.

From the classic novel by Jane Austen about the morals and mores of the class system in early Georgian England.
The intelligent and spirited Elizabeth Bennet is one of 5 daughters -- which, during that era, meant trouble: because women cannot inherit, upon her father's death her family's home will become the property of their nearest male relative. Only marriage, preferably to someone wealthy, can ensure her security. But the proud young lady instantly takes offense when Mr. Darcy, a promising newcomer in town, doesn't seem quite admiring enough, and she spurns his advances.
Slowly and painfully, Elizabeth realizes her error, but not before it seems she has lost him forever...