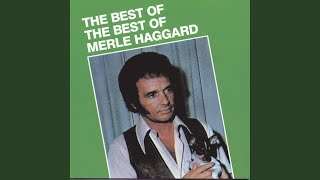 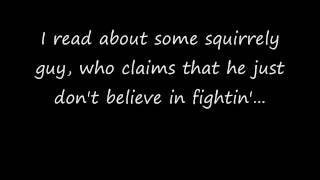 The Fightin' Side of Me (Merle Haggard) w/ lyrics (Music Video)

Originally released in 1972, THE BEST OF THE BEST includes 11 of Haggard's then-recent hits. These are the songs that earned him the nickname "the working man's poet." During the period covered by this disc (1969 to 1972) Haggard's music was particularly focused on blue-collar concerns.
THE BEST OF THE BEST kicks off with a live recording of "Okie From Muskogee," the song that earned Haggard wide recognition among non-country audiences, and also includes its companion piece, the undeniably reactionary "The Fightin' Side Of Me." Also included are "Hungry Eyes," a beautiful and touching song recalling Haggard's youth among California's migrant workers; the outlaw classic "Mama Tried"; the anthemic "Workin' Man Blues"; and "Silver Wings," a poignant break-up song. All of the songs on BEST have since been reissued on other CDs, many of which contain considerably more music than the 30 minutes on this disc. Fans of Merle's Capitol recordings might consider Razor and Tie's two-disc set THE LONESOME FUGITIVE.