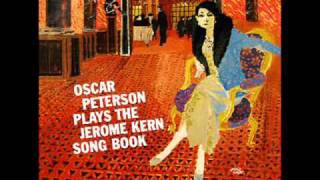 Oscar Peterson - The Song Is You (Music Video) 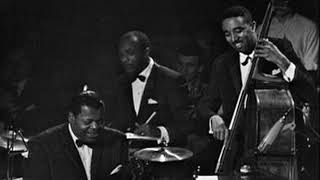 Within a one-month period the Oscar PetersonTrio (with bassist Ray Brown and their new drummer Ed Thigpen) recorded nine different SONGBOOKS, 108 selections in all. Not too surprisingly, this music had a minimum of prior planning and few arranged passages, putting it on a lower level than the typical music played by Peterson's prior trio with guitarist Herb Ellis. The 12 numbers performed for the Jerome Kern LP are given melodic and consistently swinging treatments with such songs as "I Won't Dance," "The Song Is You," and "Pick Yourself Up" among the better selections heard on this pleasing program.

63%off
Oscar Peterson
At the Stratford Shakespearean Festival (Live)
$5.98 on Sale
Add to Cart