Get email alerts for Wes Montgomery
Currently Out of Stock: We'll get more as soon as possible
Notify Me When Available
Add to Wishlist
Format:  CD
sku:  6YKA2
Related products:
Miles Davis: Kind Of Blue (180Gv) for $22.95
91% recommend us! 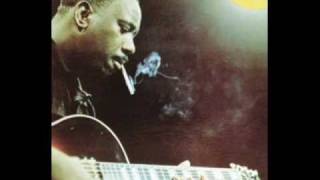 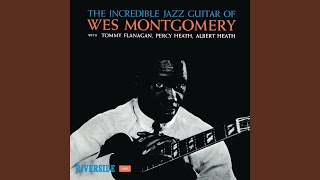 Down Beat - 1960
5 Stars - Excellent - "...Montgomery is one of the most completely satisfying jazz musicians....To produce easy-listening music with meaning is a high accomplishment....Strongly recommended..."

Personnel: Wes Montgomery (guitar); Tommy Flanagan (piano); Percy Heath (bass); Albert Heath (drums).
Recorded at Reeves Sound Studios, New York, New York on January 26 and 28, 1960. Originally released on Riverside (9320). Includes original release liner notes by Orrin Keepnews.
John "Wes" Montgomery taught himself to play at the age of nineteen and created a style as influential to jazz guitar as was Charlie Christian's to an earlier generation. Recorded in the early part of his solo career, THE INCREDIBLE JAZZ GUITAR OF WES MONTGOMERY defined standards for hard bop guitar which are as cogent today as they were in 1960.
The album jumps out with the quartet hustling through Sonny Rollins' "Airegin," where Wes performs his often imitated licks with grace and agility. His extended phrases, thematic development, harmonic and melodic embellishment come together in a formidable technique with a heavy swing. An impressive use of octaves and chords coupled with the rejection of a guitar pick in favor of his own thumb allowed Wes' guitar to sing with warmth and with beauty. The lyrical rendition of "Polka Dots And Moonbeams" and his own "D-Natural Blues" are prime examples of the fullness of his lines. To this day, whenever a guitarist uses octaves he runs the risk of comparison to Wes, such was his mastery of this technique. Another aspect of his legacy is the compositions. Since their appearance on this album, "Four On Six" and "West Coast Blues" have become standard jazz repertoire. Yet to remain in awe merely of his approach is to miss the point of what he has to say. Montgomery's technique served only to express the emotions and inspirations born from the depths of his soul. From the strings of his guitar, through all the amplifiers, tapes and speakers, what shines through is Wes' heart and a style without which there wouldn't be players like Pat Martino, Kevin Eubanks and Mark Whitfield today.