In the Name of the King: A Dungeon Siege Tale (Director's Cut) (Blu-ray)

Currently Out of Stock: We'll get more as soon as possible
Notify Me When Available
Add to Wishlist
Format:  Blu-ray
sku:  329C3
Our customers love us! 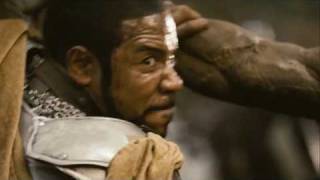 In The Name Of The King Trailer HD

Much like cult-favorites LARA CROFT: TOMB RAIDER and MORTAL KOMBAT, IN THE NAME OF THE KING: A DUNGEON SIEGE TALE is a fantasy-adventure based on a popular video game series, Dungeon Siege. The film follows the simple but heroic and fearless Farmer, portrayed by Jason Statham (THE TRANSPORTER, THE ITALIAN JOB), as he gets caught up in the brink-of-war tensions of King Konraid (Burt Reynolds), his back-stabbing nephew Duke Fallow (Matthew Lillard), and the evil wizard, Gallian (Ray Liotta). The film features similar plot-points to the critically acclaimed THE LORD OF THE RINGS trilogy (2001-2003), including a sinister beastly army parallel to LOTR's orcs of Mordor, called the Krugs, responsible for killing members of Farmer's family and kidnapping his wife, Solana (Claire Forlani). High- adventure follows, as Farmer, and his brother-in-law Bastian (Will Sanderson) and friend Norick (Ron Perlman) pursue the Krugs, which lead them to a vast underground lair of enslaved humans, orchestrated by Gallian, as he seeks to create and rule a hellish underworld with magic and mysticism.

The film also includes John Rhys-Davis (THE LORD OF THE RINGS, RAIDERS OF THE LOST ARK) as Merick, a noble wizard, and the King's closest confidante and spiritual healer; and Leelee Sobieski (THE WICKER MAN) as Merick's daughter, who as the scorned lover of Gallian, has put the kingdom at great risk. Although some of the all-star cast seems a bit out of place in a sword-and-sorcerer epic, video game fans won't mind much as the majority of the two-hour film contains nonstop action and intriguing fantasy characters.

The life of a simple family man named Farmer (Statham) is changed forever when a horrifying army of animal-like warriors known as Krugs who are controlled by the evil sorcerer Gallian (Liotta) invade his village, murder his son and kidnap his wife (Forlani). Farmer sets out on a momentous journey to rescue his wife and along the way, encounters magic and adventure as the quest soon reveals his real destiny in the kingdom.