Get email alerts for Tipton, Entwhistle & Powell
16 ratings
Currently Out of Stock: We'll get more as soon as possible
Notify Me When Available
Add to Wishlist
Format:  CD
item number:  ZNL 3352
91% recommend us! 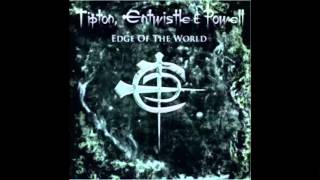 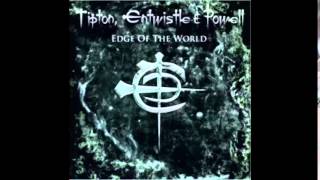 Personnel: Glenn Tipton (vocals, guitar); Glenn Tipton; Don Airey (keyboards); Billy Sheehan (bass guitar); John Entwistle (bass guitar); Cozy Powell (drums).
Audio Mixers: Glenn Tipton; Sean Lynch.
The story goes something like this: when longtime Judas Priest guitarist Glenn Tipton completed work on his solo debut, 1997's Baptizm of Fire, Atlantic (his label at the time) suggested that "younger players" might be better suited to perform on some of the album's rhythm tracks. But the original rhythm section for the album was certainly not your average bunch, as it was comprised of bassist John Entwistle and drummer Cozy Powell -- two players often considered to be among the best at their respective instruments. Although some of their playing was erased on the aforementioned Baptizm, the Tipton-Entwistle-Powell trio laid down a vast amount of tracks, as another entire album's worth of material lay in the vaults. And since both Entwistle and Powell both passed away in the ensuing years after the release of Baptizm, these tracks held even greater significance, as they were among the last studio recordings to feature either player. As a result, Tipton finally dusted off the tracks and released them in 2006, under the title of Edge of the World. The end result is an album that is more melodic than the average Judas Priest release, and one that focuses mostly on Tipton's riffs and Powell's thunderous drumming rather than Entwistle's bass dexterity. Additionally, Tipton's vocals certainly won't be mistaken for Rob Halford's anytime soon, but they're certainly not cringe-worthy, either. There's also an unmistakably '80s feel to the proceedings, as evidenced by the nifty Casio keyboard-sounding break in "Friendly Fire," and also "Never Say Die," which sounds like a track straight out of an episode of The Transformers. From a curiosity standpoint, Edge of the World should appeal to fans of the album's three players -- just don't expect Screaming for Vengeance, Pt. 2. ~ Greg Prato


I was not aware of this great album.

54%off
Mick Ralphs
An Introduction To Mick Ralphs (CD)
$5.98 on Sale
Add to Cart