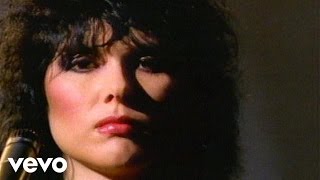 Heart - How Can I Refuse (Video) (Music Video)

Despite the disappointing performance of Heart's 1982 release, PRIVATE AUDITION, they quickly issued a follow-up one year later, PASSION WORKS. The band was caught in transition both musically, as they began setting their sights on the Top 40 pop market, and in their line-up--longtime members drummer Michael DeRosier and bassist Steve Fossen were replaced by Denny Carmassi and Mark Andes, respectively.
PASSION WORKS became Heart's second release in a row to perform below expectations chart wise, despite featuring such highlights as the hard-rocking "How Can I Refuse," and the pop rock candy of "Sleep Alone." However, with hindsight it was a dry run for their wildly successful next release--1985's self-titled pop rock crossover smash.

49%off
Heart
Tell it Like it Is / Strange Euphoria
$2.55 Super Savings
Add to Cart