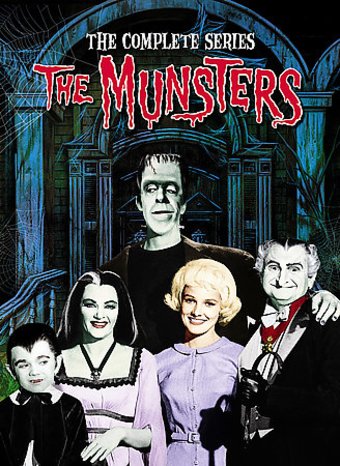 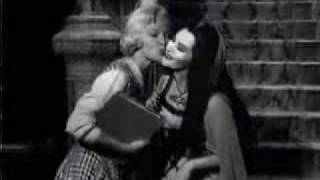 They may have looked like B-movie monsters, but the odd clan at 1313 Mockingbird Lane was always all-American at heart. Each member of THE MUNSTERS enriched a classic sitcom role: Herman (Fred Gwynne) was a gently put-upon, working class father figure; Lily (Yvonne De Carlo) played the happy, hopeful homemaker; Eddie (Butch Patrick) made a model son; and the "normal" Marilyn (played first by Beverley Owen, later by Pat Priest) provided a delightful twist on the idea of the "ugly duckling." Even Grandpa (Al Lewis), the spitting image of Count Dracula, filled out the family with warm-hearted eccentricity, reminding viewers less of a villain, and more of their own wacky, well-meaning relatives. This complete set features the original series in its entirety, including a full-color presentation of the popular "Family Portrait" episode.

In a spooky house at 1313 Mockingbird Heights live the Munsters, a family that happens to look like monsters. A decent and loving family, they can't understand why the outside world reacts to them with shock and horror.

Watch as Herman gets into jams, Grandpa comes up with wacky schemes, Lily holds the family together, Eddie runs wild and Marilyn is pitied as the "ugly" family member.