A young man descended from the angels does battle with a demon from the Abyss in this faith-based film from Philadelphia movie maker Johnnie 'Poitier' Baker, Jr. 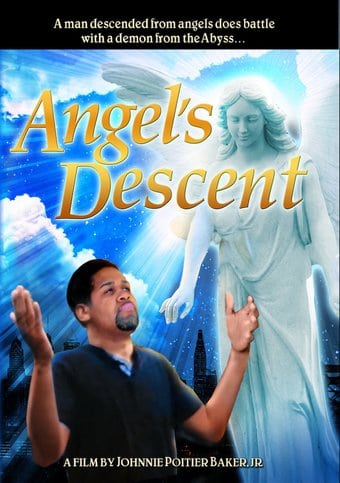 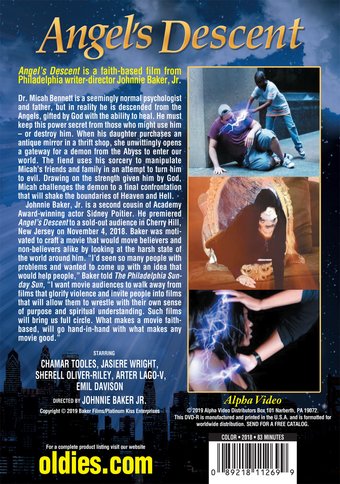 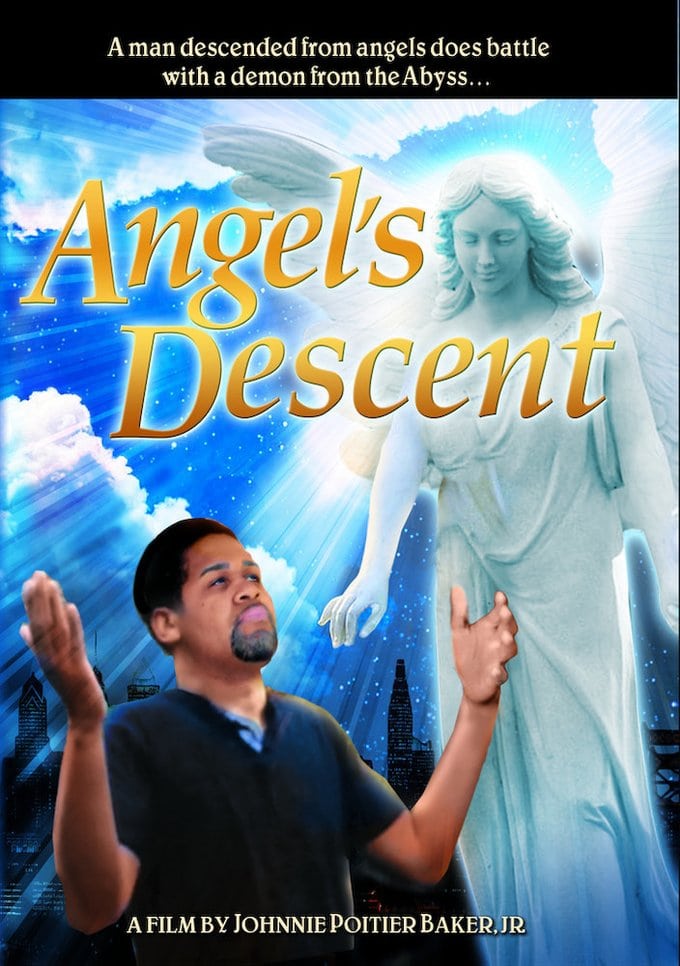 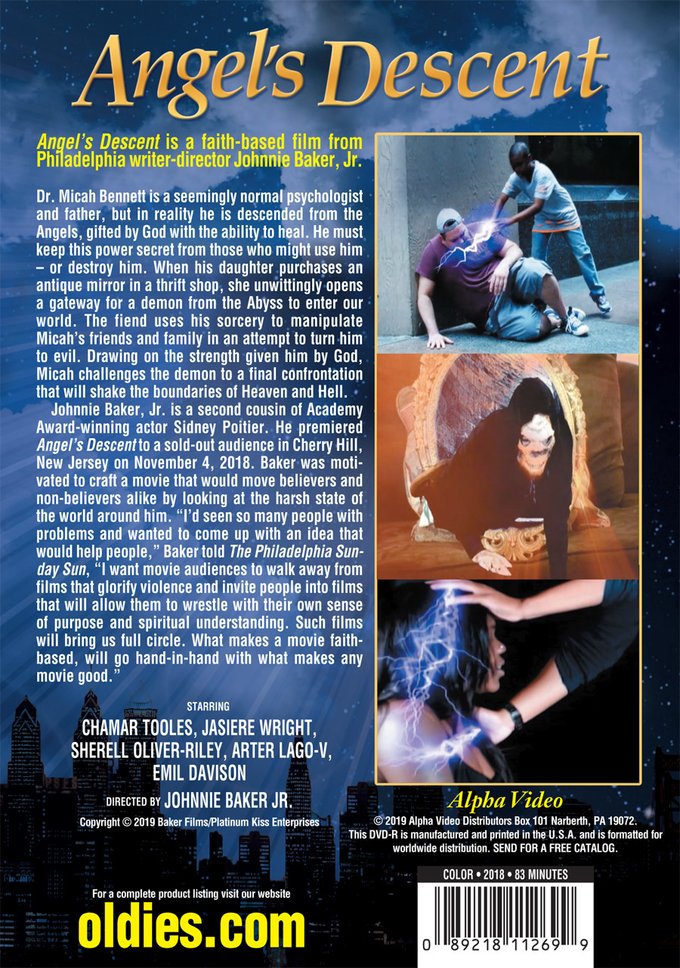 Dr. Micah Bennett is a seemingly normal psychologist and father, but in reality he is descended from the Angels, gifted by God with the ability to heal. He must keep this power secret from those who might use him – or destroy him. When his daughter purchases an antique mirror in a thrift shop, she unwittingly opens a gateway for a demon from the Abyss to enter our world. The fiend uses his sorcery to manipulate Micah's friends and family in an attempt to turn him to evil. Drawing on the strength given him by God, Micah challenges the demon to a final confrontation that will shake the boundaries of Heaven and Hell.

Johnnie Baker, Jr. is a second cousin of Academy Award-winning actor Sidney Poitier. He premiered Angel's Descent to a sold-out audience in Cherry Hill, New Jersey on November 4, 2018. Baker was motivated to craft a movie that would move believers and non-believers alike by looking at the harsh state of the world around him. "I'd seen so many people with problems and wanted to come up with an idea that would help people," Baker told Philadelphia Sunday Sun. "I want movie audiences to walk away from films that glorify violence and invite people into films that will allow them to wrestle with their own sense of purpose and spiritual understanding. Such films will bring us full circle. What makes a movie faith-based, will go hand-in-hand with what makes any movie good."