6.8K ratings
Out of Print: Future availability is unknown
Notify Me When Available
Add to Wishlist
Format:  Blu-ray
item number:  34WCY
Also released as:
Standard Operating Procedure for $6.98
91% recommend us! 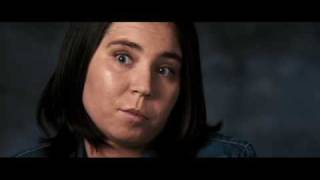 Master filmmaker Errol Morris turns his keen eye to the Abu Ghraib prison scandal in this intense and provocative documentary. Using interviews with the soldiers that appeared in the now infamous torture photos, Morris strings their stories together with vivid reenactments and striking digital technology for a wrenching look at the events at the prison. With his trademark straight-into-the-lens interview style, it is chilling to see the familiar faces of Lynndie England and Sabrina Harmon as they try to articulate their experiences. The lawlessness and confusion in the prison quickly become evident, and as their stories unfold, the film slowly strips away the many puzzling questions that surround the incidents, exposing a much larger truth about corruption within the US military, corruption that appears to reach far beyond the handful of soldiers that took the fall for the scandal.

Morris's reenactments are extremely vivid, and often shot in a beautifully cinematic style. While these techniques make for riveting filmmaking, they are sometimes considered controversial by documentary purists, and some might criticize his detailed recreations of such deeply disturbing events. However, others might deem the reenactments necessary to really bringing home the reality of what happened. Regardless of his methods, Morris does a masterly job of untangling such a complex, twisted story. He shines a glaring light on one of America's most shameful moments and, more importantly, exposes how little we truly know about our military's methods.

Errol Morris examines the incidents of abuse and torture of suspected terrorists at the hands of U.S. forces at the Abu Ghraib prison.

84%off
History Channel: History's Mysteries - Exorcising the Devil
$3.98 on Sale
Add to Cart

84%off
History Channel: Saddam's Bombmaker - Escape to Freedom
$3.98 on Sale
Add to Cart