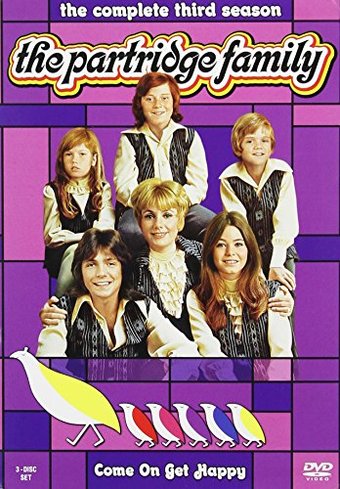 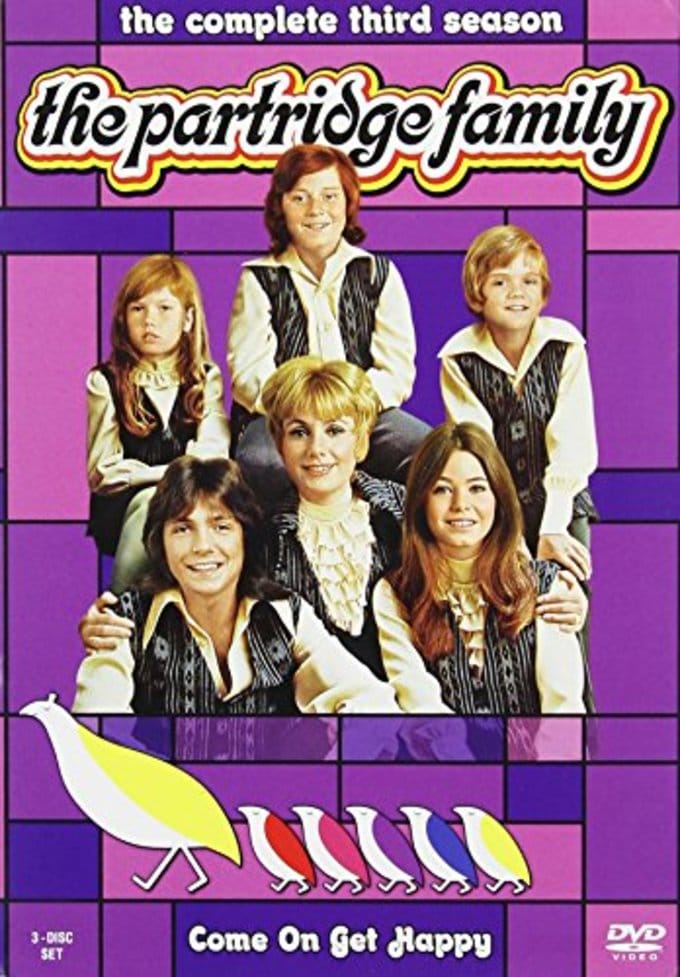 The television family who defined a generation returns for a third season, stealing the hearts of American viewers young and old. Every kid wanted to be a part of the Partridge Family in the early 1970s, and the adventures of these pop sensations remain fresh, fun, and timeless. Shirley Partridge (Shirley Jones) was a widowed mom struggling to make ends meet, so she put together a band with her exceptionally talented children, and the rest was history. While enjoying their success in the third season, the family also does its best to stay grounded. Right off the bat, an outrageous battle of the sexes ensues, the entire gang goes an a road trip they'd rather forget, Shirley and Laurie help a suicidal biker in love, and the Partridges even consider moving into a house. That's just the beginning of what's in store for the third season of the show that launched David Cassidy's career as a teen idol. Included here are all 25 episodes of the season.

Laurie's in love. Danny's in trouble. Shirley's in debt. And Keith is flunking sex education! These are just a few of the hijinks that take place in the celebrated third season of TV's beloved The Partridge Family! Join Academy Award-winner Shirley Jones (Actress in Supporting Role 1960 for Elmer Gantry) and America's original idol, David Cassidy, with Susan Dey, Danny Bonaduce, Dave Madden, and the rest of the talented cast as pop's first family meets a princess, a convict, a biker, and a millionaire while taking on rogue computers, racehorses, crooks, crushes, and even a flash flood! With an all-star guest cast taht includes Ray Bolger, Arte Johnson, Anthony Geary, John Astin, and a very young Jodie Foster, The Partridge Family: The Complete Third Season is your backstage pass to life, love, and laughs with the tuneful, terrific Partridge Family!