18K ratings
Currently Out of Stock: We'll get more as soon as possible
Notify Me When Available
Add to Wishlist
Format:  DVD
sku:  JJ 18732D
91% recommend us! 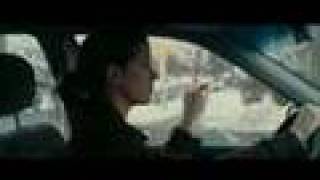 Director David Gordon Green (GEORGE WASHINGTON) adds another carefully sculpted drama to his resume with SNOW ANGELS. Green deposits a strong cast in a snowbound Pennsylvania town for his fourth full-length feature, which revolves around the troubled teenage life of young Arthur (Michael Angarano). Arthur divides his time between working at a Chinese restaurant and dealing with the break up of his parents. His endearing lack of self-confidence is tempered when new-girl-in-town Lila (Olivia Thirlby) shows a romantic interest in him. Meanwhile, Arthur's co-worker and former babysitter, Annie (Kate Beckinsale), is trying to raise her child alone after the failure of her marriage to the unhinged Glenn (Sam Rockwell). Annie also embarks on an unwise affair with Nate (Nicky Katt), who happens to be married to her best friend. Green's central characters try to make the best of their modest lives until a major incident, dropped halfway through the movie, raises the tension between Annie and Glenn to breaking point.

Beckinsale, Rockwell, and Angarano all deliver consummate performances, and they are joined by a strong supporting cast that includes Griffin Dunne and a rare straight role for comedian Amy Sedaris. Green's style, so often compared to that of Terrence Malick, takes a slightly different turn here as the director delivers a relatively straightforward thriller. But the change suits him, and SNOW ANGELS contains enough edge-of-your-seat tension to keep audiences curious as to where the director is going to take them.