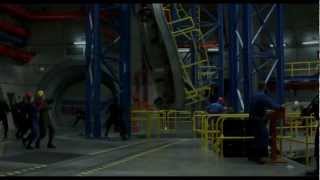 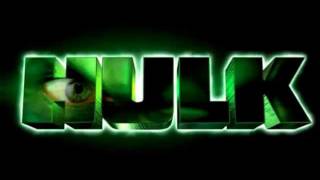 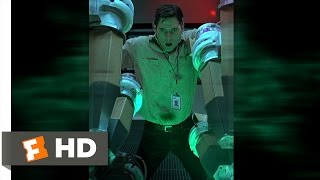 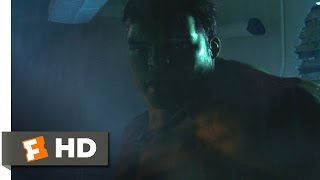 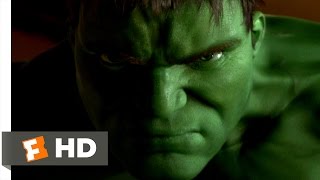 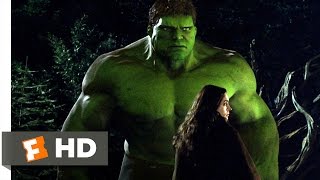 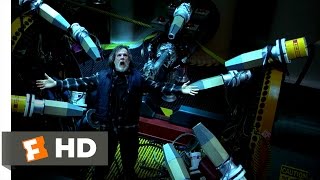 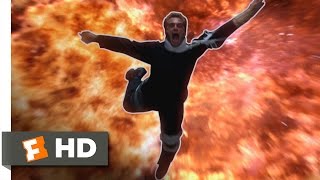 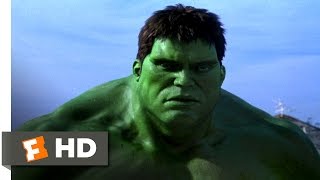 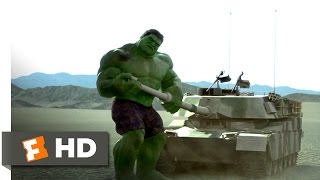 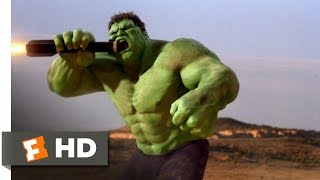 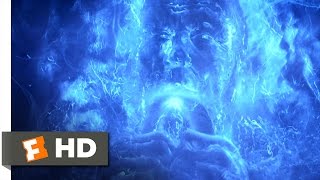 THE HULK, adapted by Ang Lee (CROUCHING TIGER/HIDDEN DRAGON, THE ICE STORM) from the Marvel comic book series, stars Eric Bana as Bruce Banner, the tormented scientist whose temper periodically transforms him into a raging green monster. Fellow scientist and Hulk-love-interest Betty Ross (Jennifer Connelly), shares a strange connection with Banner--both have abstract childhood nightmares that hint at a shared dark past. The missing pieces of the puzzle are revealed when Banner's unstable, mad-scientist father David (Nick Nolte) appears out of the blue, followed by Betty's father Ross (Sam Elliot), a military cowboy. Banner is ultimately trying to understand what it is that makes his strange and unpredictable metamorphosis occur, while his outbursts distract him, leading him out into the streets of San Francisco, to the Golden Gate Bridge, and on a tour of the American west's national parks where he unleashes his anger in violent tantrums. Posing a threat to the country that is treated like a natural disaster, the hulk attracts the attention of the military. They respond by chasing the hulk with helicopters, machine guys, and even heavy artillery, as he bounds away in mighty leaps, trying to escape. The CGI work used in creating the hulk is funny and convincing, and the gorgeous landscape photography makes his presence all the more amazing. A vibrant color scheme adds to the film's visual thrills, split-screen editing breaks up the slower scenes, and the music by composer Danny Elfman perfectly punctuates the contrast between the soft love story and wild action sequences. While parts of the film recall the introspection of FRANKENSTEIN, the outrageous crowd-pleasing monster-military chases hearken back to KING KONG and the GODZILLA movies.