Get email alerts for Marvel Gifts & Collectibles
671K ratings
Currently Out of Stock: We'll get more as soon as possible
Notify Me When Available
Add to Wishlist
Format:  Blu-ray
sku:  32A2S
92% recommend us! 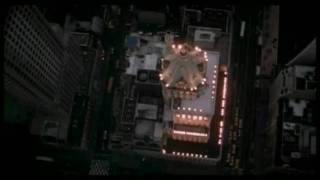 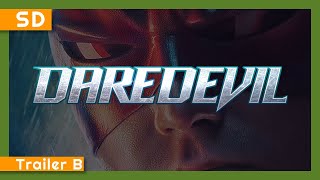 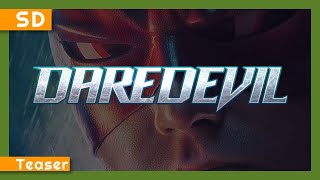 The latest Marvel Comics superhero to hit the big screen is Daredevil (Ben Affleck), a man blinded by a radioactive chemical accident as a young boy but left with superhuman senses and agile acrobatic ability. Like his Marvel compatriot Spider-Man, Daredevil attempts to lead a normal life by day as Matt Murdock, a Hell's Kitchen defense attorney. By night Matt becomes Daredevil, a brooding superhero fighting for justice in the dark and squalid New York streets overrun with vermin and criminal injustice. Wearing a red leather suit and mask, Daredevil leaps from high skyscrapers and tracks his enemies with his radar-like vision, punishing those who are guilty but who he cannot tackle in the courtroom. At the center of the city's villainous underbelly is Daredevil's nemesis Kingpin (Michael Clarke Duncan), and his psychotic, knife-wielding deputy-assassin Bullseye (Colin Farrell). Daredevil fights their powerful forces alone, until he meets Elektra Natchios (Jennifer Garner of ALIAS fame), a skilled martial artist and sexy superheroine who is after Bullseye and Kingpin for murdering her father. Sparks fly as the two heroes take on the underlords of crime together in this action-packed adventure fantasy that will surely delight fans of SPIDER-MAN, X-MEN, or BATMAN.

Featuring Iron Man director John Favreau as Foggy Nelson. For Daredevil, justice is blind, and for the guilty, there's hell to pay! Ben Affleck and Jennifer Garner ignite dangerous sparks and nonstop thrills in this "dazzling action-adventure" (The Film Journal) about the newest breed of superhero. By day, blind attorney Matt Murdock (Affleck) toils for justice in Hell's Kitchen. By night, he's Daredevil, The Man Without Fear - a powerful, masked vigilante stalking the dark streets with an uncanny "radar sense" that allows him to "see" with superhuman capabilities. But when the love of his life, fiery Elektra Natchios (Garner), is targeted by New York City's ruthless Kingpin of crime (Michael Clarke Duncan) and his deadly assassin Bullseye (Colin Farrell), Daredevil may be about to meet his match.