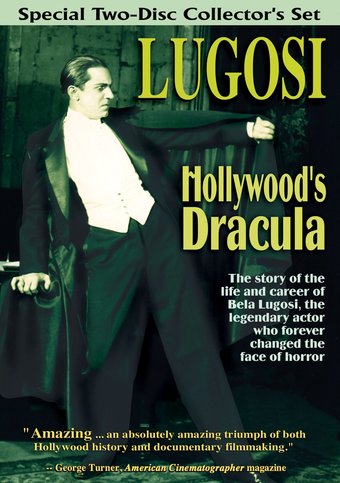 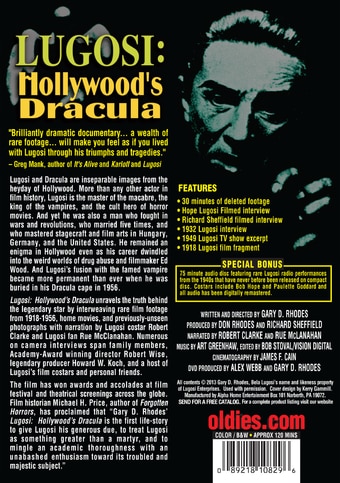 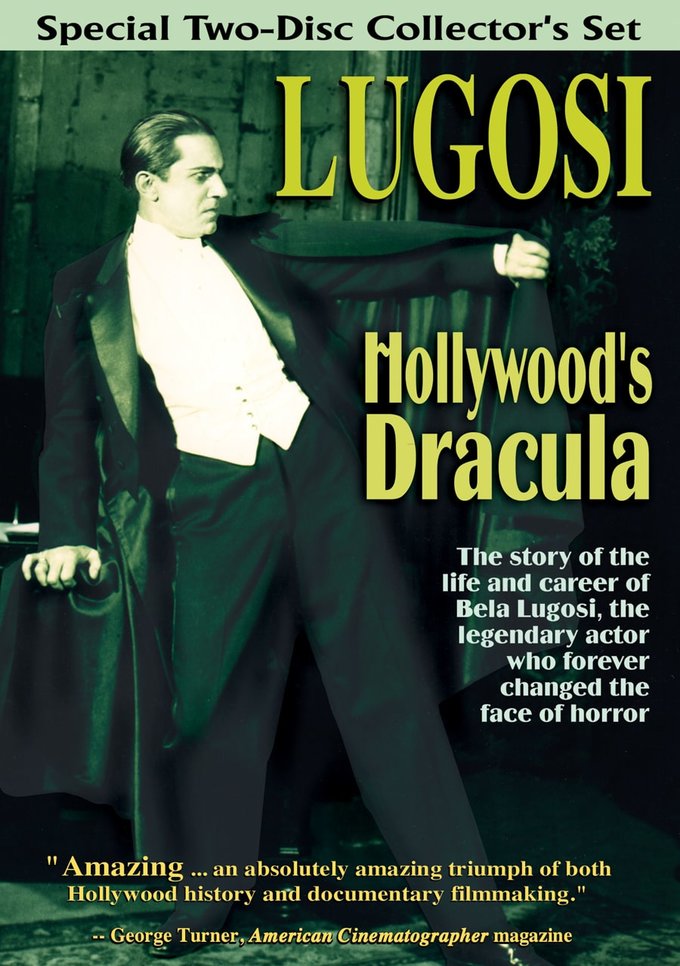 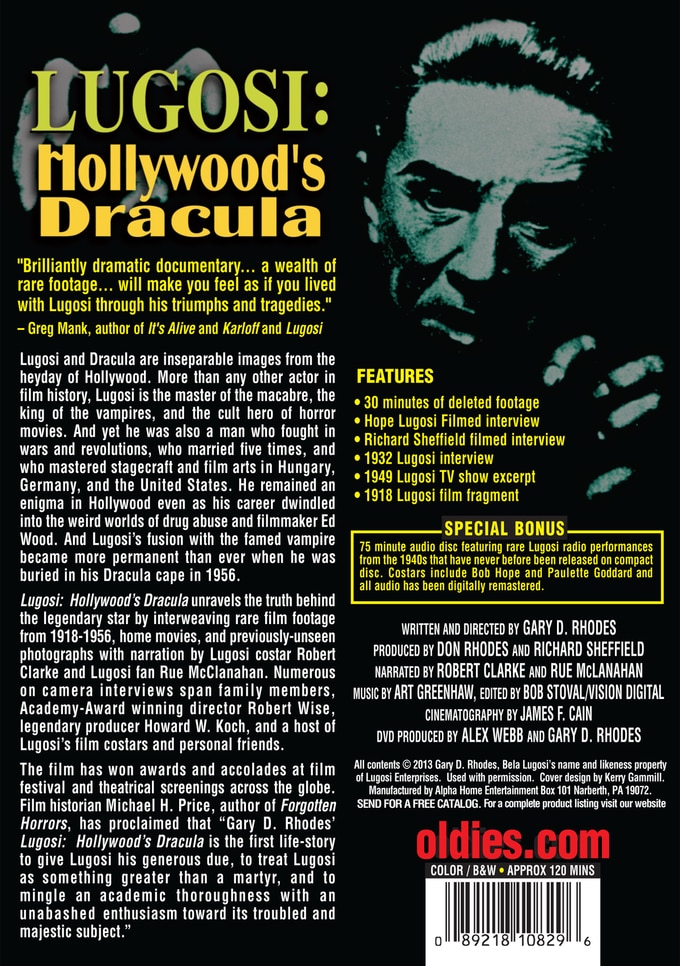 Brilliantly dramatic documentary... a wealth of rare footage... will make you feel as if you lived with Lugosi through his triumphs and tragedies. - Greg Mank, author of It's Alive and Karloff and Lugosi

Lugosi and Dracula are inseparable images from the heyday of Hollywood. More than any other actor in film history, Lugosi is the master of the macabre, the king of the vampires, and the cult hero of horror movies. And yet he was also a man who fought in wars and revolutions, who married five times, and who mastered stagecraft and film arts in Hungary, Germany, and the United States. He remained an enigma in Hollywood even as his career dwindled into the weird worlds of drug abuse and filmmaker Ed Wood. And Lugosi's fusion with the famed vampire became more permanent than ever when he was buried in his Dracula cape in 1956.

The film has won awards and accolades at film festival and theatrical screenings across the globe. Film historian Michael H. Price, author of Forgotten Horrors, has proclaimed that "Gary D. Rhodes' Lugosi: Hollywood's Dracula is the first life-story to give Lugosi his generous due, to treat Lugosi as something greater than a martyr, and to mingle an academic thoroughness with an unabashed enthusiasm toward its troubled and majestic subject."

SPECIAL BONUS: 75 minute audio disc featuring rare Lugosi radio performances from the 1940s that have never before been released on compact disc. Costars include the likes of Bob Hope and Paulette Goddard and all audio has been digitally remastered.

Bela Lugosi--the name synonymous with the image of Dracula. Forever immortalized on film in the 1930 adaptation of Bram Stoker's novel, LUGOSI - HOLLYWOOD'S DRACULA is an intimate portrait of the life and career of Bela Lugosi that features rare clips, home movies, and interviews with those who knew him best. From his beginnings in silent films as early as 1918, Bela's life is chronicled masterfully through interviews and anecdotes by personalities such as Robert Wise and producer Howard Koch.

Vampires | Horror Movies
This product is made-on-demand by the manufacturer using DVD-R recordable media. Almost all DVD players can play DVD-Rs (except for some older models made before 2000) - please consult your owner's manual for formats compatible with your player. These DVD-Rs may not play on all computers or DVD player/recorders. To address this, the manufacturer recommends viewing this product on a DVD player that does not have recording capability.

Dracula: The Love Story to Die For / Vampire Raiders
$19
Add to Cart

18%off
Santo In the Wax Museum / Santo In the Treasure of Dracula
$16.40 Super Savings
Add to Cart