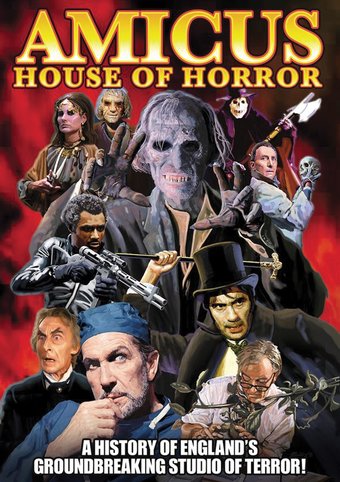 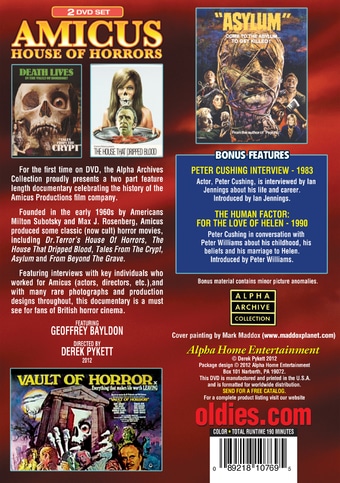 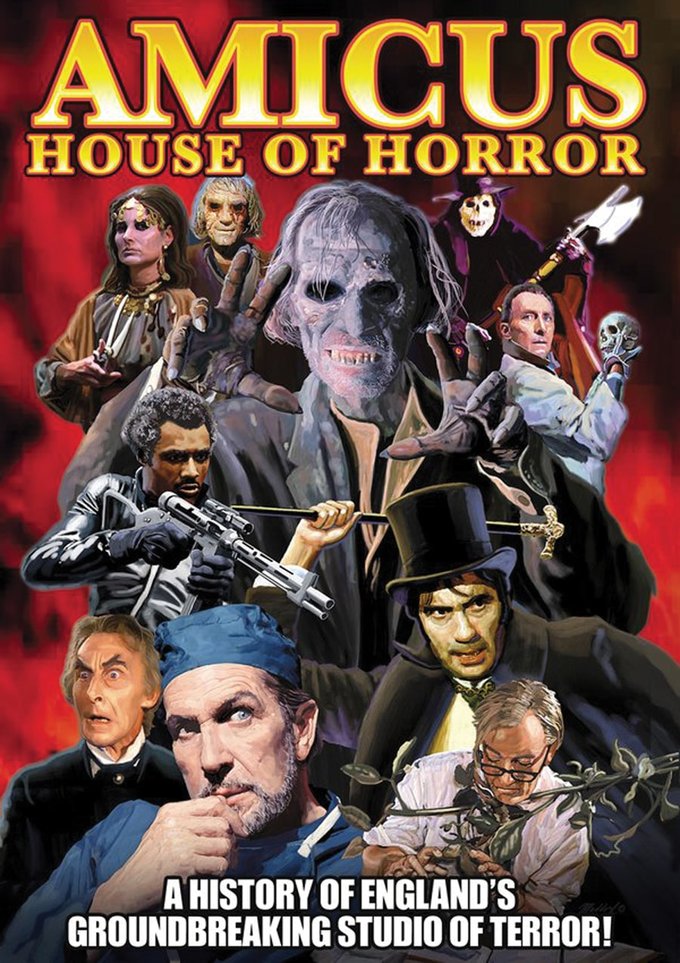 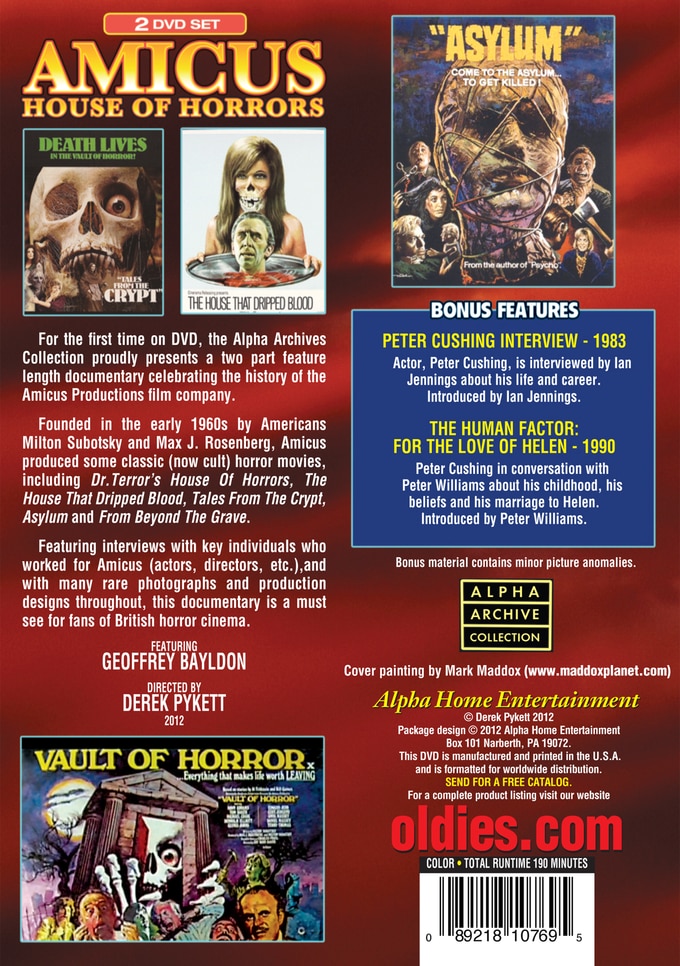 For the first time on DVD, the Alpha Archives Collection proudly presents a two part feature length documentary celebrating the history of the Amicus Productions film company. Founded in the early 1960s by Americans Milton Subotsky and Max J. Rosenberg, Amicus produced some classic (now cult) horror movies, including Dr. Terror's House Of Horrors, The House That Dripped Blood, Tales From The Crypt, Asylum and From Beyond The Grave.

Featuring interviews with key individuals who worked for Amicus (actors, directors, etc.), and with many rare photographs and production designs throughout, this documentary is a must-see for fans of British horror cinema.

THE HUMAN FACTOR: FOR THE LOVE OF HELEN - 1990: Peter Cushing in conversation with Peter Williams about his childhood, his beliefs and his marriage to Helen. Introduced by Peter Williams.