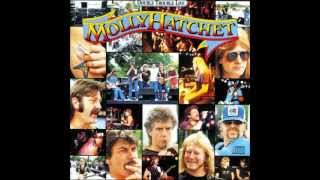 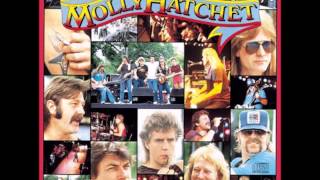 Originally released as a 2-LP set.
In the late '70s and early '80s, Molly Hatchet attempted to fill the massive void created by the disintegration of the Allman Brother's Band and the tragic demise of Lynyrd Skynyrd with their own brand of heavy Southern rock. Unfortunately, the Jacksonville sextet could never hope to measure up to their heroes, and the reverent covers of the Allmans' "Dreams I'll Never See" and Skynyrd's "Freebird" contained in Double Trouble Live only serve to expose the huge shadow cast over the band by these Southern Rock giants. Still, this comprehensive live set does a fine job of collecting Molly Hatchet's no fuss rockers ("Whiskey Man," "Bounty Hunter"), extended boogie jams ("Gator Country," "Fall of the Peacemakers"), and melodic rock experiments ("Stone in Your Heart," "Satisfied Man"). On another positive note, "Flirtin' With Disaster" and "Beatin' the Odds" are simply fantastic songs, and two pieces of disposable pop featured on the vinyl version were thankfully excluded from the CD version. ~ Eduardo Rivadavia