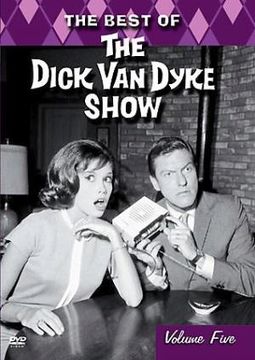 This release captures some classic comedy from notorious funnyman Dick Van Dyke and his supporting cast of like-minded comedians. Four shows are included in their entirety, offering a fantastic way to see some of the best moments of the show. Among those featured are "What's In A Middle Name," "The Curious Thing About Women," "All About Eavesdropping," and "One Angry Man."

Sample some of the greatest comedy ever aired on television with this side-splitting collection of the best episodes from the legendary, Emmy Award-winning Dick Van Dyke Show! Episodes include: What's in a Middle Name', The Curious Thing about Women, All About Eavesdropping, One Angry Man.