A quiet rural town is invaded by two crazed gunmen. / A wealthy drug lord offers two million dollars to anyone who can spring his son from prison. 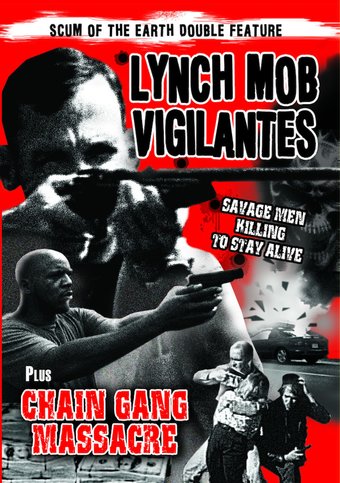 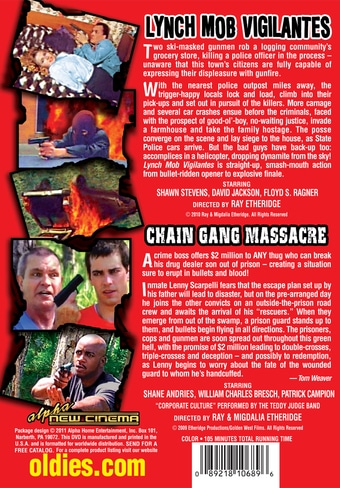 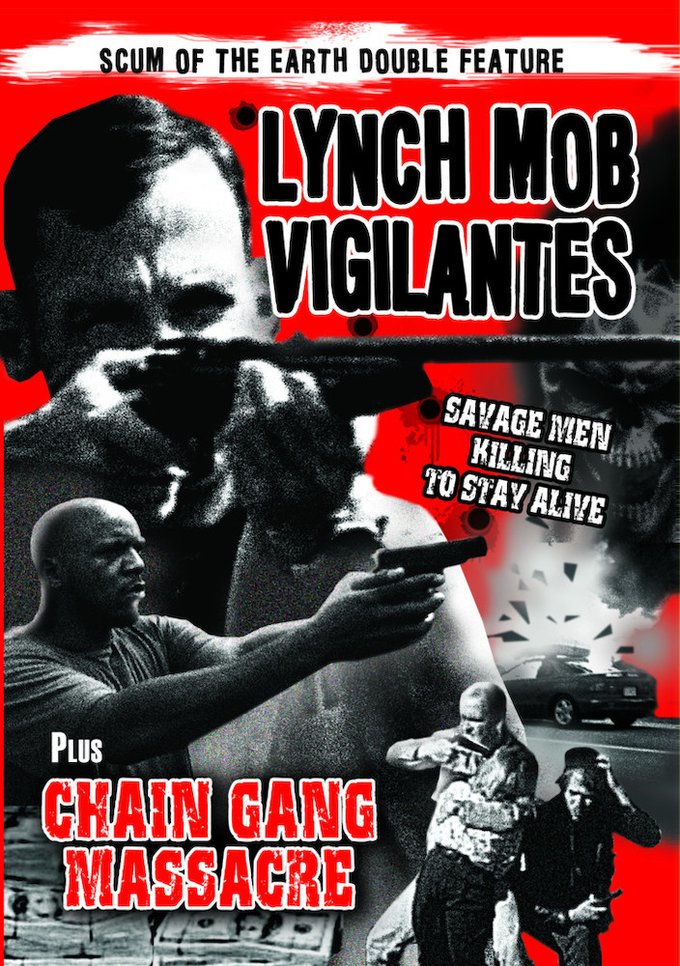 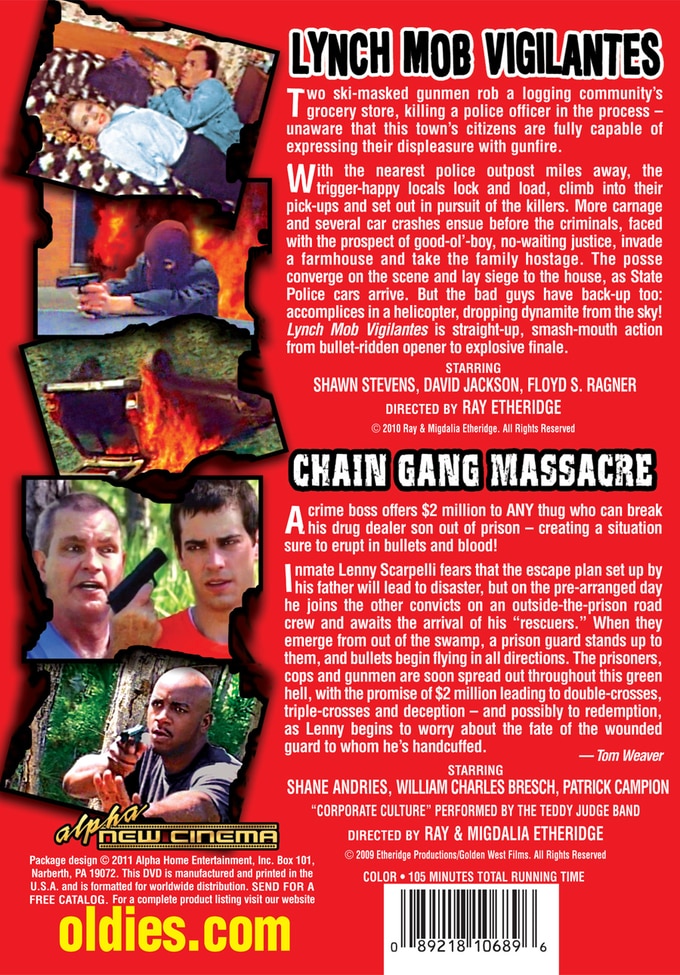 Lynch Mob Vigilantes (1989, Color): Two ski-masked gunmen rob a logging community's grocery store, killing a police officer in the process - unaware that this town's citizens are fully capable of expressing their displeasure with gunfire. With the nearest police outpost miles away, the trigger-happy locals lock and load, climb into their pick-ups and set out in pursuit of the killers. More carnage and several car crashes ensue before the criminals, faced with the prospect of good-ol'-boy, no-waiting justice, invade a farmhouse and take the family hostage. The posse converge on the scene and lay siege to the house, as State Police cars arrive. But the bad guys have back-up too: accomplices in a helicopter, dropping dynamite from the sky! Lynch Mob Vigilantes is straight-up, smash-mouth action from bullet-ridden opener to explosive finale. Starring Shawn Stevens, David Jackson, Floyd S. Ragner; Directed by Ray Etheridge.

Chain Gang Massacre (2009, Color): A crime boss offers $2 million to ANY thug who can break his drug dealer son out of prison - creating a situation sure to erupt in bullets and blood! Inmate Lenny Scarpelli fears that the escape plan set up by his father will lead to disaster, but on the pre-arranged day he joins the other convicts on an outside-the-prison road crew and awaits the arrival of his "rescuers." When they emerge from out of the swamp, a prison guard stands up to them, and bullets begin flying in all directions. The prisoners, cops and gunmen are soon spread out throughout this green hell, with the promise of $2 million leading to double-crosses, triple-crosses and deception - and possibly to redemption, as Lenny begins to worry about the fate of the wounded guard to whom he's handcuffed. Starring Shane Andries, William Charles Bresch, Patrick Campion; "Corporate Culture" performed by the Teddy Judge Band; Directed by Ray & Migdalia Etheridge.

Zombie Armageddon: I Heard the Darkness (DVD-R)
$6.98
Add to Cart