REO Speedwagon Live: You Get What You Play For 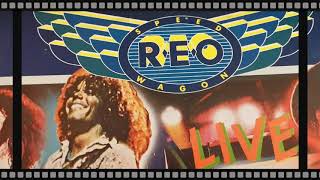 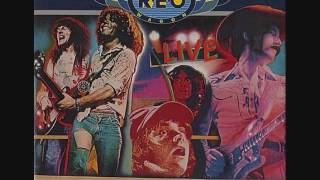 2 LPs on 1 CD; with 1 song missing.
1977's LIVE: YOU GET WHAT YOU PLAY FOR does a splendid job of capturing a young and hungry REO Speedwagon in full-on concert mode. Before REO conquered the charts after re-inventing themselves as a pop-heavy outfit in the early '80s, the band was a non-stop touring machine, specializing in good time rockin' tunes and the odd ballad here and there--which is exactly what you get with LIVE.
Highlights include the rockers "Like You Do" and "Keep Pushin'," but the CD version of LIVE: YOU GET WHAT YOU PLAY FOR cuts out several songs originally included on the double record version (such as a cover of Chuck Berry's "Little Queenie" and an extended solo by guitarist Gary Richrath).

REO Speedwagon
You Can Tune a Piano, But You Can't Tuna Fish (CD)
$6.50 Super Savings
Add to Cart