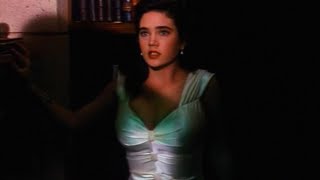 In 1936 Hollywood, a young pilot and his mentor friend stumble on a rocket pack. After figuring out how to use it, the pilot becomes a hero, sought after by newspapers, Howard Hughes, the FBI, the Mob and the Nazis. This romantic, old-fashioned film features a sweeping soundtrack by James Horner.

The Rocketeer
The discovery of a top-secret jetpack hurls test pilot Cliff Secord into a daring adventure of mystery, suspense, and intrigue! Cliff encounters an assortment of ruthless villains, led by a Hollywood screen star who's a secret Nazi spy (Timothy Dalton). With the help of his actress girlfriend, the young pilot battles enormous odds to defeat his foes who are anxious to use the device in an evil plan to rule the world! The dangerous mission transforms the ordinary young man into an extraordinary hero!

In the tense atmosphere preceding World War II, millionaire Howard Hughes develops the invention of the century: a high-powered mini jet-pack. Nazi agents steal a prototype of the device, but lose it on an isolated airstrip during a frantic chase by feds. Aspiring pilot Cliff Secord accidentally finds the pack, and soon he's zooming through the air, spinning, flipping and crashing into the occasional barn. But when Cliff uses it to rescue an unconscious pilot plummeting to his death, the press dubs him "the rocketeer" and Nazis are hot on his trail.
Errol Flynnesque actor and Nazi agent Neville Sinclair hires gangsters to go after him. Devious Sinclair will stop at nothing to secure the invention for the fascists -- including kidnapping Cliff's girlfriend, Jenny. With flair and courage, Cliff dons his rocketeer outfit and saves the free world from the encroaching Nazi menace.

18%off
Sky Captain and the World of Tomorrow (Blu-ray)
$10.60 Super Savings
Add to Cart

Sky Captain and the World of Tomorrow
$6.40
Add to Cart