The Prince and Me PG 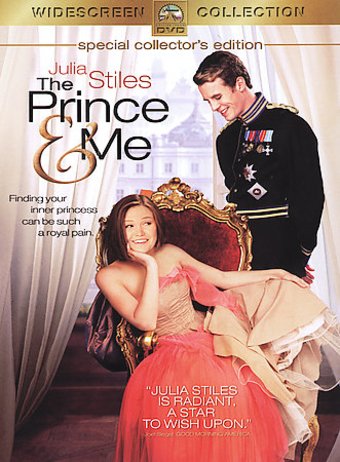 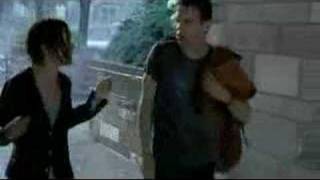 The Prince & Me Trailer

Following in the footsteps of WIN A DATE WITH TAD HAMILTON and THE PRINCESS DIARIES, THE PRINCE AND ME is a modern-day fairy tale with a feminist twist. Julia Stiles stars as Paige Morgan, a hardworking, pre-med senior at the University of Wisconsin. A local farm girl, she has little interest in romance and is happiest when dreaming of having a future career working for Doctors Without Borders. All of that changes when she meets Edvard (Luke Mably), the crown prince of Denmark, who is posing as a run-of-the-mill foreign exchange student named Eddie in order to escape the prying eyes of the Danish paparazzi and his princely duties. Without the support of his royal mother (Miranda Richardson) and father (James Fox), Eddie takes a job at the bar where Paige works. Despite a disastrous first meeting, Paige slowly succumbs to Eddie's charms and over time the two opposites attract and find true love. However, the romance ends abruptly when Eddie's father becomes ill and Prince Edvard must return home to take over the throne. His true identity revealed, Paige follows him to Denmark and is swept off her feet by the unbelievable life of the royal family. However, when Edvard proposes to her, Paige is forced to choose between her down-to-earth dreams of becoming a doctor and her true love for Edvard in this new millennium Cinderella story.

18%off
A Princess for Christmas
$12.30 Super Savings
Add to Cart