In 1942 everyone loved a soldier 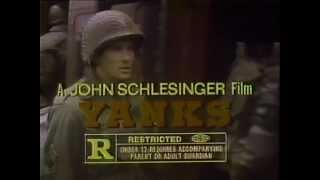 "The Yanks are overpaid, oversexed and over here," an English joke about the influx of American troops in Britain.

From early 1942 until D-Day, several million Americans landed in Britain on their way to fight at the European front. To the war-weary British, many of these troops were "overpaid and oversexed." But despite the resentment, many memorable friendships developed between the lonely American soldiers and the English women in the villages.

With a nation at war and thousands of men abroad, the stage was set for romantic dalliances between English women and American soldiers stationed in the countryside. The film follows several relationships that blossom during this tense period: the older and more mature Helen and John maintain a sexually tense but chaste friendship, while impetuous Mollie and Danny cast caution and clothing aside without a care. And Jean and Matt begin a serious, thoughtful love affair, although Jean has a boyfriend who's serving overseas. But eventually war intercedes, and the soldiers must leave their new romances to go off to battle.

The Kingston Trio
Live at the Santa Monica Auditorium
$21.40
Add to Cart