Uncut: 3 stars out of 5 - "SECOND WINTER features blistering versions of 'Highway 6`1 Revisited' and 'Johnny B Goode', and his guitar technique is clearly phenomenal." 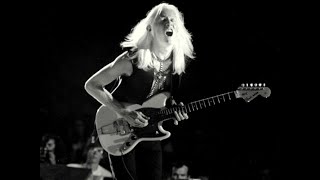 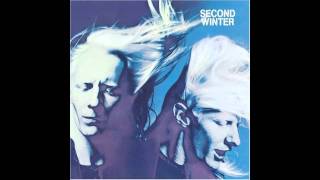 Rolling Stone - p.154
Included in Rolling Stone's The 10 Best Reissues & Anthologies Of 2004 - "Winter - the ultimate white-blues sensation - made good on the hype with this late-'69 freak of a release..."
Uncut - p.92
3 stars out of 5 - "SECOND WINTER features blistering versions of 'Highway 6'1 Revisited' and 'Johnny B Goode', and his guitar technique is clearly phenomenal."
Goldmine
"...[though the] original album was rather tough-sounding, the CD's increased treble adds the extra layer of icing, making this one sweet release...lean and hungry sounding..."

Also available in a 3-pack with JOHNNY WINTER and CAPTURED LIVE.
Personnel: Johnny Winter (vocals, guitar, mandolin); Edgar Winter (alto saxophone, piano, harpsichord, organ); Tommy Shannon, Dennis Collins (bass); John Turner (drums, percussion).
Includes liner notes by Johnny Winter.
Johnny Winter's second album for Columbia--duh--1970's SECOND WINTER is also notorious for a gimmicky sales device. When the recording sessions were over, Winter had enough material for an album and a half; rather than add a side of filler, Columbia simply promoted the album as the world's first three-sided album. (In a snarky review, Rolling Stone sarcastically gave the blank fourth side an in-depth discussion.)
The last of Winter's albums to feature his original backing band--drummer Uncle John Turner, bassist Tommy Shannon, and brother Edgar on keyboards and saxes--SECOND WINTER is a refinement of the blues-rock aesthetic of 1969's JOHNNY WINTER. Louder, harder, faster, and more reckless, this is to JOHNNY WINTER as Elvis Costello's THIS YEAR'S MODEL is to MY AIM IS TRUE: an album so phenomenal that it makes the debut, excellent though it is, sound weak in comparison. Highlights include the punky "I Hate Everybody" and a brilliant Hendrix-style deconstruction of Dylan's "Highway 61 Revisited."