The Remains of the Day PG-13 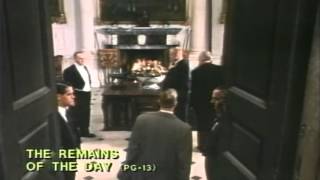 Remains Of The Day Trailer 1993 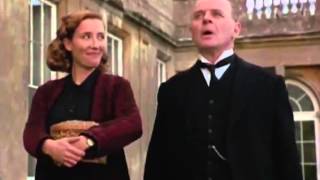 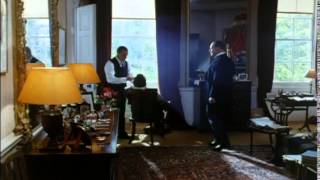 The remains of the day (all deleted scenes) (Featurette)

James Ivory directed this quietly moving film set just prior to World War II. On the large English estate of Lord Darlington (James Fox), a disciplined English butler, Stevens (Anthony Hopkins), devotes himself to his duties with rigorous dedication. Like his father (Peter Vaughan) before him, Stevens lives to serve--to bring order and certainty to the estate's minutiae. Though Stevens has the opportunity to break free of this mold in the form of a romance with the spirited housekeeper, Miss Kenton (Emma Thompson), he chooses to remain within the safe structure of the household, even one that has misguided loyalties to Nazi Germany. Christopher Reeve and Hugh Grant costar as men hoping to show Lord Darlington the danger of his allegiances. THE REMAINS OF THE DAY was Merchant-Ivory's follow-up to HOWARDS END, which also starred Hopkins and Thompson; both actors were nominated for Academy Awards for their roles as dutiful servants in the later film.

Set just prior to World War II, this poignant story finds a disciplined English butler devoting himself to his duties at the expense of love and personal freedom. The sensitively handled Merchant-Ivory film received eight Oscar nominations, including Best Actor and Best Actress for stars Anthony Hopkins and Emma Thompson.