The true life story of the world's first TV horror movie host is unveiled in this labor-of-love documentary. 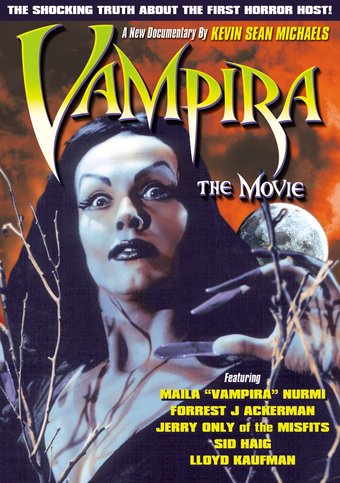 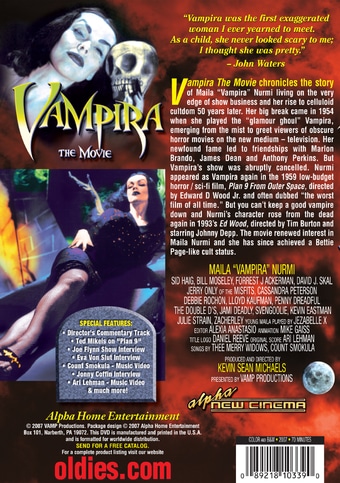 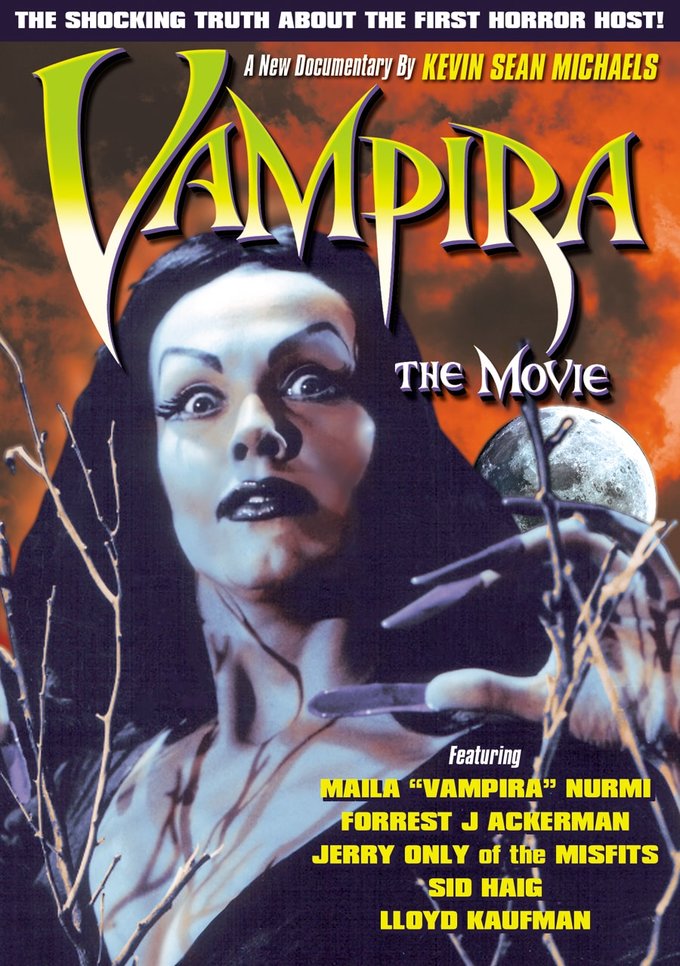 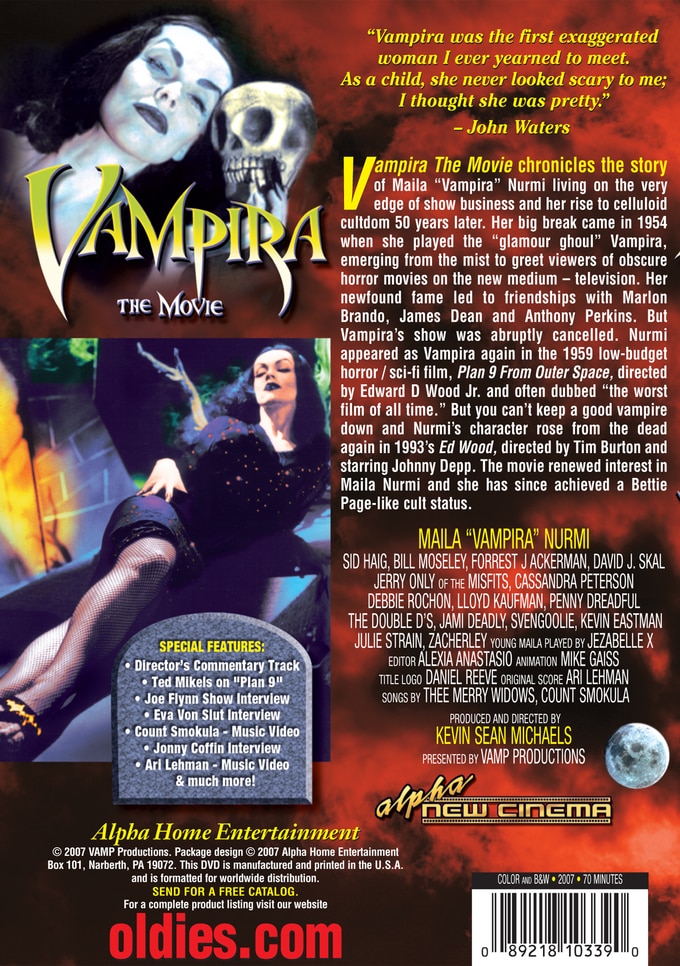 "Vampira was the first exaggerated woman I ever yearned to meet. As a child, she never looked scary to me; I thought she was pretty." -- John Waters

Vampira The Movie chronicles the story of Maila "Vampira" Nurmi living on the very edge of show business and her rise to celluloid cultdom 50 years later. Her big break came in 1954 when she played the "glamour ghoul" Vampira, emerging from the mist to greet viewers of obscure horror movies on the new medium - television. Her newfound fame led to friendships with Marlon Brando, James Dean and Anthony Perkins. But Vampira's show was abruptly cancelled. Nurmi appeared as Vampira again in the 1959 low-budget horror / sci-fi film, Plan 9 From Outer Space, directed by Edward D Wood Jr. and often dubbed "the worst film of all time." But you can't keep a good vampire down and Nurmi's character rose from the dead again in 1993's Ed Wood, directed by Tim Burton and starring Johnny Depp. The movie renewed interest in Maila Nurmi and she has since achieved a Bettie Page-like cult status.

Bonus features on the DVD include:

50%off
Sexpots From Space Double Feature: Voyage To The Planet of... (DVD-R) TOP 25 Bestselling DVD
$3.99 CYBER WEEK
Add to Cart