The war of drugs would lead him to the war of power. 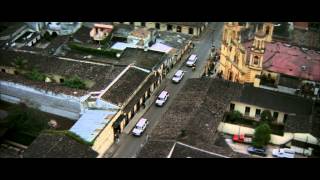 Patriotic American Jack Ryan's (Harrison Ford) just been promoted to Deputy Director of Intelligence for the CIA. But before he can adjust to the demands of his position as advisor to the President, Jack's got to investigate a massacre that took the lives of several dignitaries. Probing relentlessly, Jack uncovers the disturbing truth about criminal activities involving an international drug cartel and a close friend of the United States President. Based on Tom Clancy's bestselling novel.

Tom Clancy's bestseller has Jack Ryan acting as Head of the CIA when his mentor Admiral Greer falls prey to cancer. On his watch, the President of the United States orders a covert operation to attack some South American druglords responsible for a friend's death. Ryan, who swears before Congress not to engage in covert action, must choose between loyalty and integrity.