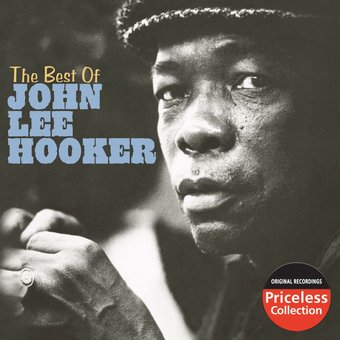 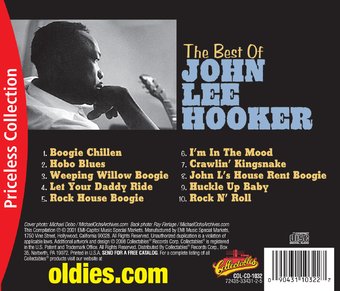 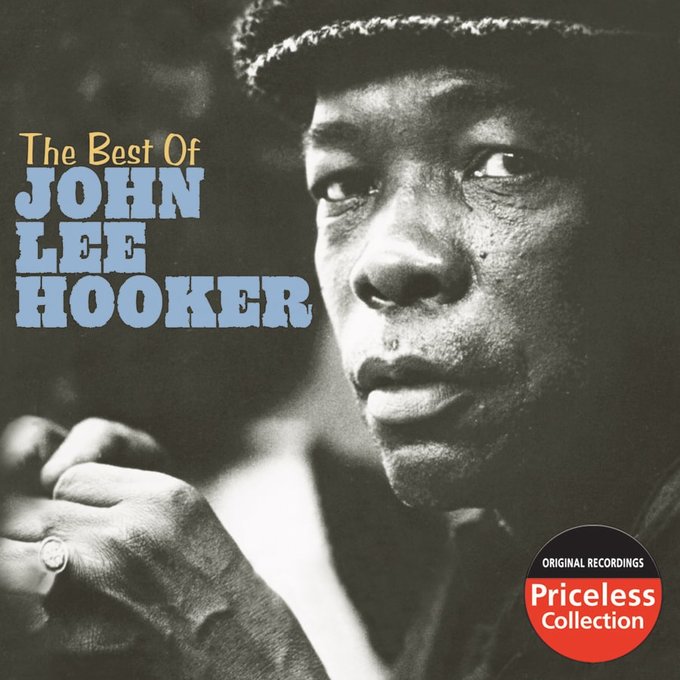 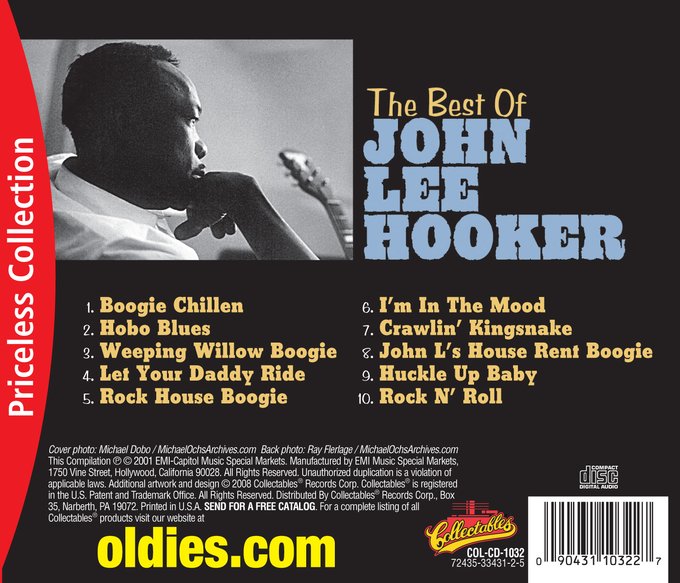 John Lee Hooker was a genuine blues superstar and an American musical legend. His simple and hypnotic style was timeless. Here are some of his best recordings including "Hobo Blues", "Rock House Boogie" and "Huckle Up Baby".

Photographer: Ray Flerlage.
A brief, ten-song set of sides originally recorded by Bernie Besman at United Sound Studios in Detroit between 1948 and 1952 and leased to Modern Records in Los Angeles (Besman did release some of them on his own Sensation Records imprint), this is a prototypical sequence of John Lee Hooker being, well, John Lee Hooker, churning out loose-limbed blues boogies on solo electric guitar. Included are "Boogie Chillen'," "Hobo Blues," "Crawling King Snake," "Huckle Up Baby," "House Rent Boogie," and "I'm in the Mood," which in Hooker's world could almost pass for pop. Since Hooker never significantly altered his style during his long career, these first recordings set the stage for all that came after, and he arguably never sounded fresher or better. It's kind of brief, though. ~ Steve Leggett