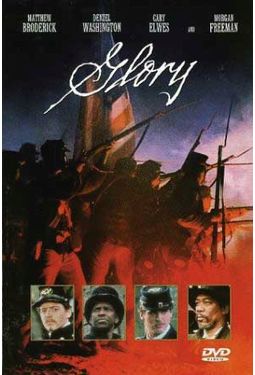 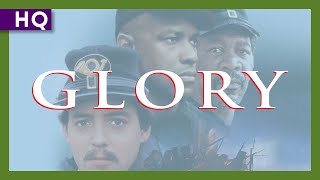 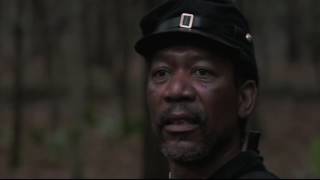 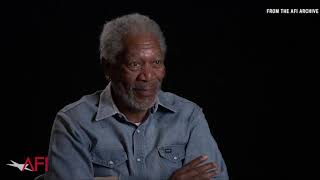 GLORY recounts the bravery of a group of Civil War soldiers often overlooked by history--the 54th Regiment of Massachusetts, a troop of free black men who fought to help win liberty for their enslaved brothers. Based on the historical novels ONE GALLANT RUSH by Peter Burchand and LAY THIS LAUREL by Lincoln Kirstein and the letters of Robert Gould Shaw, the film follows the youthful Colonel Shaw (Matthew Broderick) as he takes responsibility for readying these soldiers for battle. Shaw, a privileged young Boston Brahman, finds the job harder than expected because many of the men balk at taking orders from him. Private Trip (Denzel Washington) is especially resistant to Shaw's leadership, but over time the two come to an understanding as they endure the hardships of the war. On July 18, 1863, Shaw volunteers the 54th for the honor of leading the charge against Ft. Wagner, a mission that means almost certain death, with Trip carrying the regiment's colors into battle. This gritty and realistic vision of the horrors of war is a moving and critical examination of a lost piece of history. Beautifully shot and triumphantly acted (by a cast that also includes Morgan Freeman, Cary Elwes, and Andre Braugher), director Edward Zwick's film serves as a tribute to the courage and selfless bravery of the black soldiers of the Civil War.

Director Edward Zwick's GLORY follows the 54th Regiment of Massachusetts, a troop of free black men who fought for freedom during the Civil War. When a wealthy white Bostonian takes charge of the unit, he faces the challenge of earning their respect and support as he prepares the soldiers for battle.