Prepare to be blown out of the water. 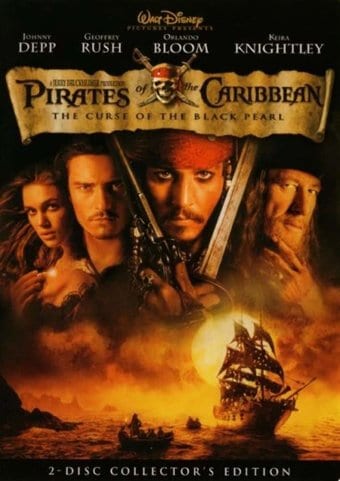 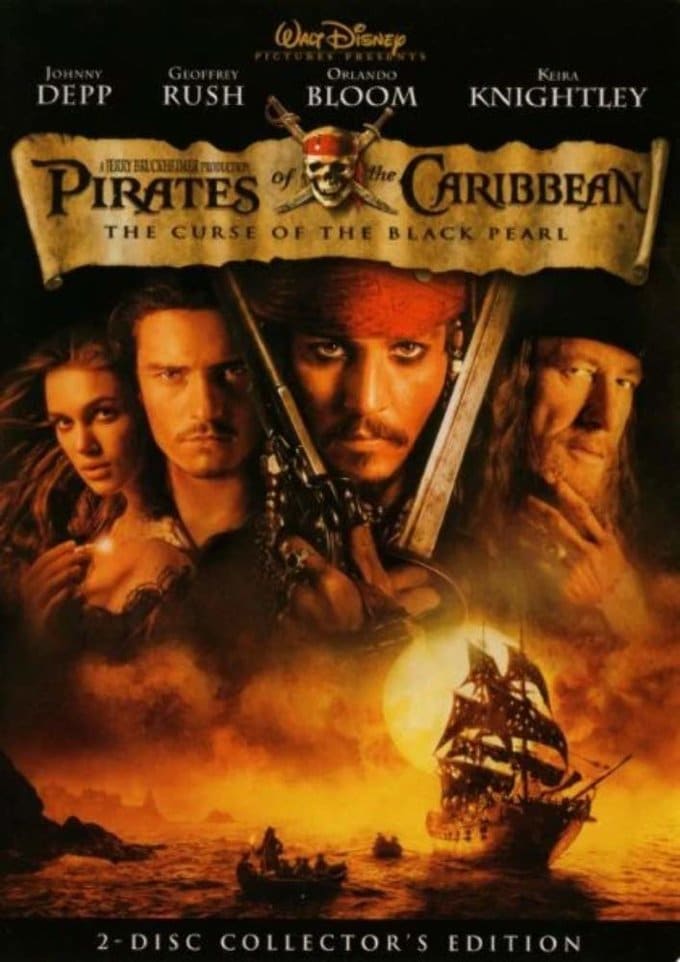 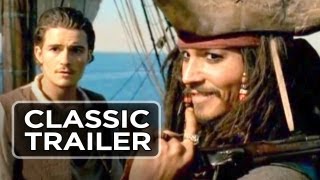 Pirates of the Caribbean: The Curse of the Black Pearl Official Trailer 1 (2003) HD

Loosely inspired by the time-honored Disney theme-park ride, PIRATES OF THE CARIBBEAN: THE CURSE OF THE BLACK PEARL is a swashbuckling high-seas tale directed by Gore Verbinski. When Captain Jack Sparrow (Johnny Depp), an eccentric rogue, arrives at Port Royal, he barely avoids going down with his ship. Soon enough, he's in the market for a new one, but not before he saves the life of Elizabeth Swann (Keira Knightley), the beautiful daughter of the governor (Jonathan Pryce). This act of bravery sets into motion a sweeping adventure involving Elizabeth's childhood friend, blacksmith Will Turner (Orlando Bloom); a mysterious medallion; and a legendary pirate ship, the Black Pearl. The Pearl's mottled Captain Barbossa (Geoffrey Rush) wants Elizabeth's doubloon necklace, and when she's kidnapped by the ol' salty dog and his crew, Sparrow and young Will must rescue her and find out the truth behind the ship's curse.

Verbinski's PIRATES is a welcome throwback to Hollywood offerings of yesteryear, filled with rope-swinging heroes, crusty villains, treasure hoards, swift swordplay, and even wittier wordplay. Screenwriters Terry Rossio and Ted Elliott have crafted one of the most clever action-movie scripts in many moons, and this gives the filmmakers and cast (especially Depp) plenty of room to cut loose. Although the skeletal pirates may be a bit frightening for small children, there's lots of humor to temper the scary moments, making PIRATES OF THE CARIBBEAN: THE CURSE OF THE BLACK PEARL a nearly flawless fun film.

16%off
Pirates of the Caribbean - Dead Men Tell No Tales (DVD)
$8.40 Super Savings
Add to Cart

16%off
Pirates of the Caribbean: On Stranger Tides (DVD)
$8.40 Super Savings
Add to Cart