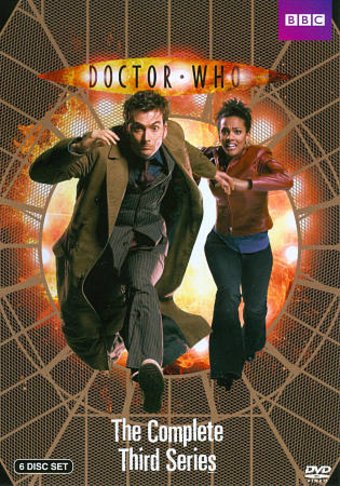 David Tennent returns for another successful stint as the title character of DOCTOR WHO in this third series of the BBC's thoroughly modern updating of the classic sci-fi character. Sadly, the Doctor's former assistant Rose (Billie Piper) doesn't return, but he is joined by a new accomplice, Martha (Freema Agyeman), for this run of episodes. Among the highlights in the 13 installments featured here (one of which is the acclaimed Christmas special, "The Runaway Bride") are the return of the Doctor's arch nemesis, the Daleks; a trip to the moon; a journey aboard a space craft heading towards the sun; and a jaunt back to Elizabethan London. Each show contains the usual heady mix of wit and fear, and the series builds to a tense climax as another formidable foe from the Doctor's past, the Master, makes an appearance.

Doctor Who: The Complete Specials
$43.40 Super Savings
Add to Cart