Get email alerts for Bob Dylan
49 ratings
Available: Usually ships in 3-5 business days
13 copies available
Add to Cart
Add to Wishlist
Format:  CD
item number:  32D6G
Related products:
Bob Dylan: Down In The Groove for $7
Bob Dylan: Good As I Been To You for $5.40
Bob Dylan: Time Out of Mind for $8.20
Bob Dylan: Under The Red Sky for $8.80
91% recommend us! 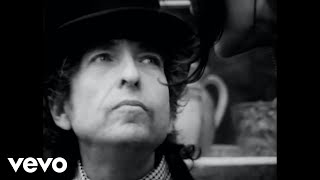 Solo performer: Bob Dylan (vocals, guitar, harmonica).
Includes liner notes by Bob Dylan.
WORLD GONE WRONG won the 1995 Grammy Award for Best Traditional Folk Album.
Personnel: Bob Dylan (vocals, guitar, harmonica).
Audio Mixer: Micajah Ryan.
Liner Note Author: Bob Dylan.
Photographers: Ana Maria Velez; Randee Saint Nicholas.
Arranger: Bob Dylan.
In the early-to-mid-'90s, Dylan took a break from recording original material, releasing two albums of traditional songs performed solo. When the first, GOOD AS I BEEN TO YOU, was released, detractors claimed Dylan was out of ideas and grasping at the straws of his folkie youth (TIME OUT OF MIND would eventually lay such claims squarely to rest). His next solo outing, WORLD GONE WRONG, made it clear that Dylan was simply exercising his power as a troubadour to find deep, timeless meaning in traditional material.
Two of the most affecting songs, "Blood In My Eyes" and the title track, were made "popular" by the Mississippi Sheiks, an early country blues group, and these easily rank among Dylan's finest '90s performances. On mournful tunes like "Delia," Dylan sounds like a grim spectre, materializing to whisper his tales compellingly to those who wander near. On the ragtag blues of "Ragged & Dirty," he exhibits enough passion and abandon to definitively scuttle any talk of him succumbing to the ravages of age.