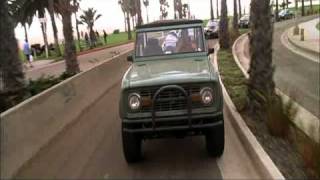 The very definition of a "taut" thriller, this suspense yarn scripted by Larry Cohen (PHONE BOOTH) aims straight for the adrenaline glands and never lets go. A lazy beach bum named Ryan (Chris Evans) finds himself getting focused in a real hurry when he receives a random cell phone call from kidnapped biology teacher (Kim Basinger). She's locked in an attic with a room full of killers below, and has only managed to contact him via crossing loose wires on a smashed phone; if they lose the connection, she may never get another one, and the kidnappers are going after her child next. What follows is a nonstop race all over Los Angeles as Ryan deals with connection-threatening problems like tunnels, low batteries, and crossed signals. William H. Macy is great as the weary cop who doggedly senses something's amiss, and British actor Jason Statham (SNATCH) is a really scary kidnapper with a convincing American accent. Hitchcock would likely smile in approval of director David R. Ellis borrowing many of his suspense building tricks, as it's all in the service of keeping the anxiety jacked up to maximum. This is fine b-movie entertainment, with believable, intelligent characters, no GGI effects, and everything happening in (almost) real time. Highlights include a cell phone store visit and Eddie Driscoll as an obnoxious lawyer. Basinger is amazing, as usual, in a difficult role.

18%off
The Taking of Pelham One Two Three
$16.40 Super Savings
Add to Cart