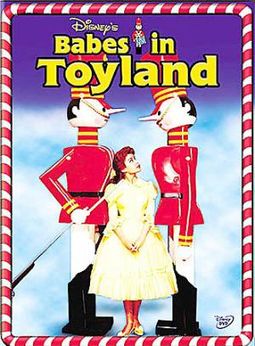 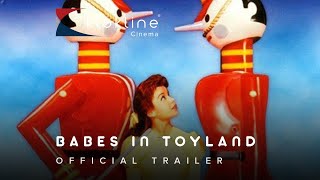 A fun-filled Disney version of Victor Herbert's engaging operetta about the world of Mother Goose. All of the classic songs are here, as well as many colorful and imaginative sets. Academy Award Nominations: 2, including Best Scoring of a Musical Picture, Best (Color) Costume Design.

Babes In Toyland
Enjoy a happy excursion into the world of Mother Goose in Walt Disney's first musical production! All roads lead to magical, merry Toyland as Mary Contrary and Tom Piper prepare for their wedding! But villainous Barnaby wants Mary for himself, so he kidnaps Tom, setting off a series of comic chases, searches, and double-crosses! The "March Of The Wooden Soldiers" helps put Barnaby in his place, and ensures a "happily ever after" for Tom and Mary! This joyful musical fantasy is a delightful experience for the whole family!

In Mother Goose Land, evil villain Barnaby kidnaps Tom Piper so that Mary Contrary will have no choice but to marry him.

The March of the Wooden Soldiers
$10
Add to Cart

19%off
The One and Only Genuine, Original Family Band (DVD)
$12.20 Super Savings
Add to Cart